Possible risks during an M&A transaction

Friday 20, 09 2019
Performing an M&A transaction not only brings about benefits but also risks. To address these risks carefully, first companies must identify them accurately. 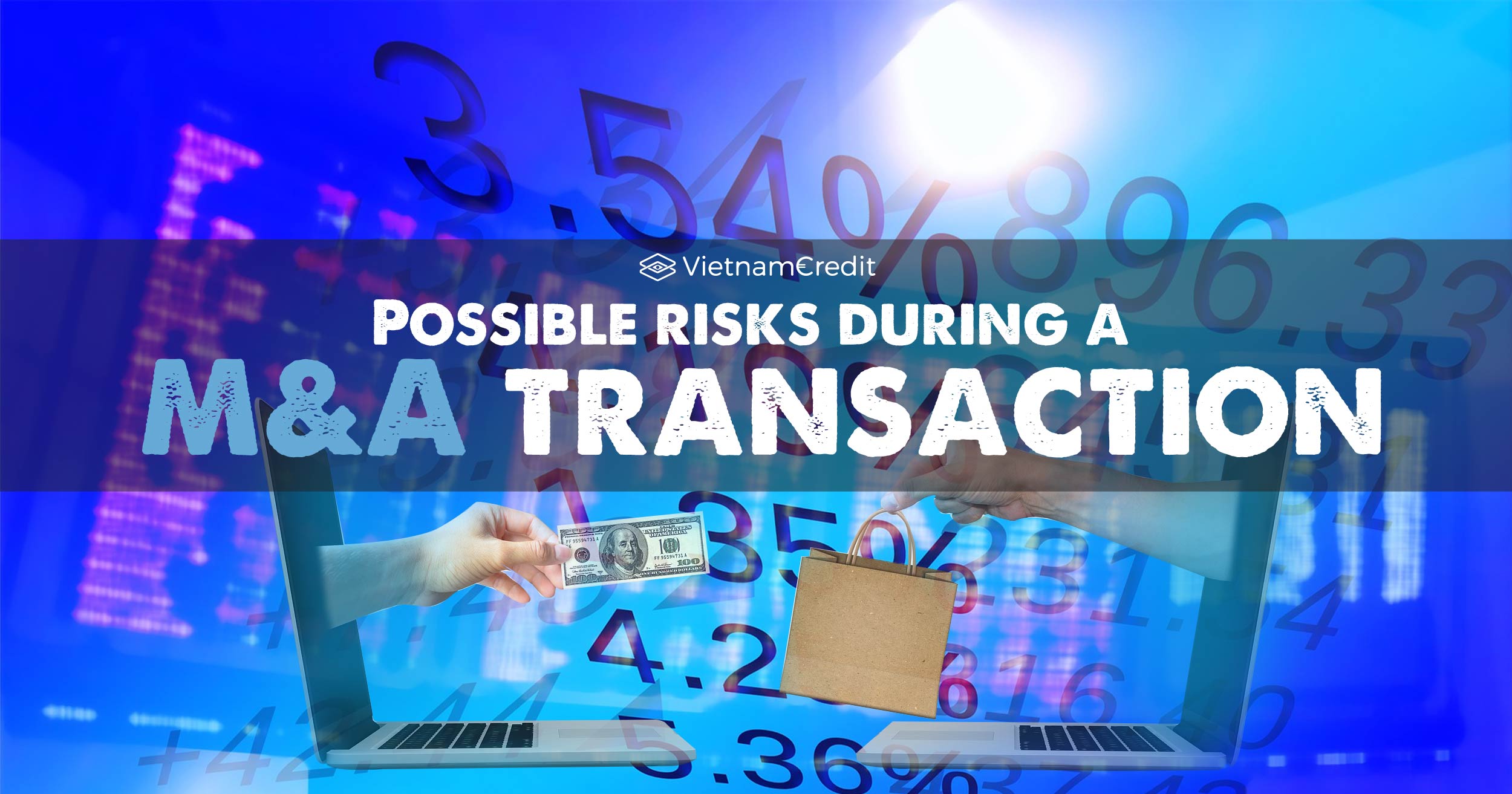 In the context of globalization and the US-China trade war, multiple foreign companies are choosing Vietnam as their new destination, leading to a potentially sharp increase in the number of M&A deals. However, higher opportunities equal more risks. Vietnam Credit hereby presents some of the potential risks that may occur in an M&A transaction, thus aiding companies in their risk management process before agreeing on their deals.

One thing every company must understand is that or performing the M&A deal with other companies from other nations means that they are entering another culture. The employees of the acquiring company and those of the target might not be able to integrate well due to how different they perform their work, how different the operating systems of the two companies are, or even the differences in salary between the two of them, etc.

Failure in integration will lead to improper cooperation between the acquiring companies and the target, resulting in the inability to gain profits from the M&A deal. One of the methods which can be used to address this issue is to make sure the two companies have reasonable compatibility before making the transaction.

Another issue related to the M&A deal in another country is the communication between the two companies may be negatively affected. This could be the result of the language barrier or simply just because of the differences in ideas and cultures. In the first case, as the two companies may speak a different language, the solution would be to rely on the assistance of translators or interpreters to make the work go smoothly and effectively, which could be done after the M&A deal is completed.

However, in the second case, as mentioned in the prior section about “differences in culture”, it is important to evaluate the compatibility of the two companies before the deal to make sure that they can communicate efficiently.

In the M&A deal, it is important to make sure that both parties know about the full details, including terms and conditions, market share, consumer markets, details regarding the products or services, human resources, etc., of the deal. If there is any communication gap or if the deal is not understood correctly by any party, it may lead to inconsistencies between the two companies, affecting their synergies and hindering the positive results of the M&A deal.

However, firing is not always an easy task as you will have to look into the performance and the efficiency of every employee before deciding to fire any of them. Without this process, it could be quite likely for you to layoff the wrong people who are working effectively and are profitable, while keeping those who are inefficient in their works and reduce the productivity of the firms.

Performing an M&A deal, it will be impossible for firms to avoid all the legal risks since there are multiple laws and regulations, including those about the transaction, the employee treatment, the use of the resource, etc., that they need to comply with.

Because the laws in different countries may vary, it is crucial for companies to carefully research the legal regulations in the target companies’ nation, thus avoiding unfortunate issues that may lead to legal actions by the authorities, affecting their profitability.

All the aforementioned risks could be traced back to poor due diligence process in planning the M&A deal, preventing the acquiring companies from realizing the potentials, the compatibility, and the threats looming over the transaction. This could be the result of inexperience in performing the process, leading to the overlooking of crucial information and making the due diligence process time-consuming, unreliable, and expensive.

To deal with this issue, the companies may ask for the assistance of firms which are specialized in researching business information, such as Vietnam Credit, to come up with the most efficient due diligence process, thus providing them with the necessary information to make the accurate M&A decisions.
Compiled by Kit – Vietnam Credit
Categories:
Risk Management M&A Due Diligence Reports