Wednesday 08, 04 2020
Covid-19 has caused a lot of damage to several businesses but also brought opportunities to some others, especially those operating in the food industry. 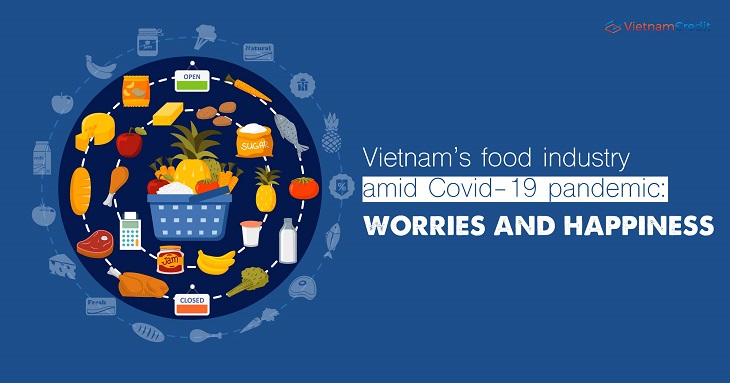 Masan, a major manufacturer of instant food (instant noodles, porridge, processed meat), cool meat (MeatDeli brand) and many other products such as sauces, condiments, and beverages, is currently operating at its full capacity during this time.

"We have reached the maximum production capacity of the factories within Masan system to meet the needs of essential products of consumers.” said the representative of Masan.

Earlier, at the meeting between Deputy Prime Minister Trinh Dinh Dung and pig raising businesses, Masan representative said that the demand for MEATDeli meat products of consumers in the 3rd week of March increased sharply (4-5 times), but the company could only meet a quarter of the need. Ms. Le Thi Thanh Lam, Deputy General Director of Saigon Food Joint Stock Company (Saigon Food), said that as a company producing food for daily consumption, Saigon Food is less affected by Covid-19.

On the contrary, due to the increasing demand for essential products, right after the Lunar New Year, the number of orders has increased dramatically. For export markets, Japanese partners of this company have ordered twice as much as the same period last year. However, in the immediate future, Saigon Food will only be able to meet up to 20% of this increased demand as it has to serve domestic customers first.

For the domestic market, orders have also doubled since February and is expected to increase in the near future. The number of orders for frozen food, especially fresh processed meals such as fried rice, chicken vermicelli, soup noodles, crab noodles, spaghetti has also increased sharply.

Due to the sharp increase in orders, Saigon Food also encountered some obstacles when the cost of some raw materials increased while workers had to work overtime right after Tet, leading to increased production costs. In addition, Saigon Food is also affected by imported packaging which was not delivered in time to be in line with production needs, leading some products to be "out of stock" in a short time.

Besides, the time after Tet is normally the “break” of the food industry. This year, due to the Covid-19 pandemic, the increasing demand has made enterprises in this industry and suppliers of raw materials, packaging ... almost unable to back up. Mr. Nguyen Thanh Trung, Director of Que Lam Organic Agricultural Products Co., Ltd., said that the expense that this company spent on distributing goods is huge. There were times when the company had only 2 days to transport rice from Hue to Hanoi to meet the spike in demand. The company had to hire more people, using contract vehicles instead of the company's distribution network.

"Retail sales have doubled, but express shipping has led our company to suffer high distribution costs." Trung said. Mr. Tran Quan, Founder of the Soi Bien chain store, said that fresh food providers will face difficulties due to the huge fluctuations in customer demand. There were days when the number of visitors increased sharply and fell sharply the next day.

Mr. Nguyen Hong Nhan, Business Planning Department of Tien Giang Food Company admitted that demand for rice has increased by 20-30%, helping sales of this company increase compared to the previous.

However, according to Mr. Nhan, consumption from industrial zones or schools has decreased because many businesses have to suspend operation temporarily while schools have also been closed.

"However, this is not really sustainable because then the purchasing power has slowed down" she said. Mr. Tran Quan said that customers' habits will change because they are restricted to going out, limiting the use of cash and tend to order online.

Specifically, the number of customers shifting through purchases at his company’s website has increased 3-4 times compared to before.

Despite the negative impact of the Covid-19 pandemic, Vietnam’s retail...