Vietnam: the 8th best countries for investment in 2019 The new ranking of the best economies to invest this year, based on the reviews of 7000 leaders of international companies, has just been announced, with Vietnam passing other neighboring SEA countries, ranking 8th on the list, moving up by 15 places from the 23rd position of last year. The ranking is collected based on 8 criteria, including entrepreneurship, economic stability, favorable tax environment, innovation, skilled labor, technology expertise, dynamism, and corruption.

The top 20 nations of the list are as follows: Surprisingly, there have been some major changes in this year’s rankings comparing to the rankings from last year. For example, the Philippines, the country that ranked the 1st last year is not on this year’s ranking, and the other nations in the top 5, including Indonesia, Poland, Malaysia, and Singapore no longer maintain their last year positions, with Indonesia dropping the hardest out of the 4 countries, from the 2nd place to the 18th place. 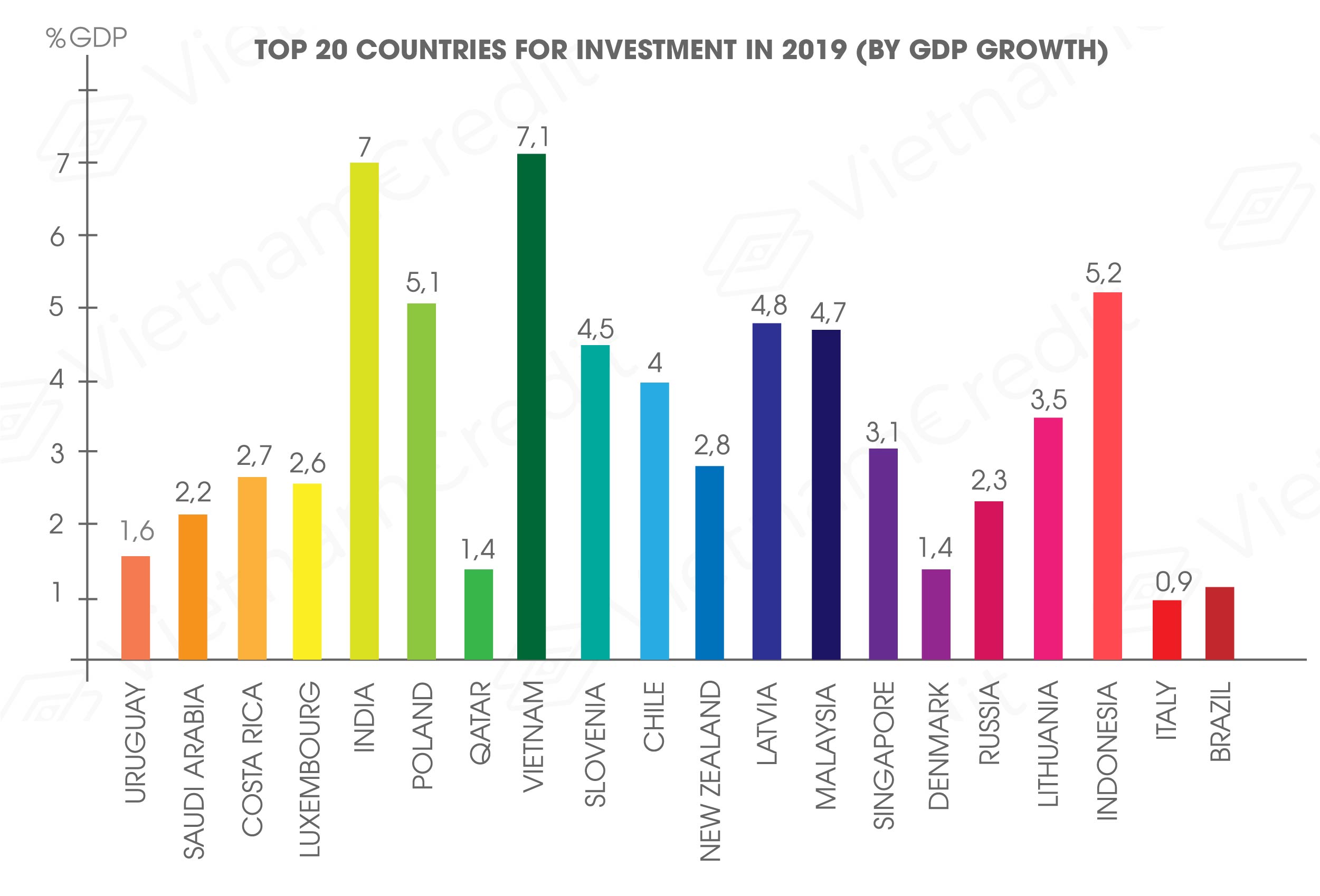 Vietnam itself has also demonstrated its growing economic progress with a sharp increase from the 23rd place in 2018 to the 8th place this year, with a GDP growth of 7.1%, which is the highest out of the 20 countries in the list. This shows investors that Vietnam has the development potentials, thus propelling them to invest in multiple factors of the country, including the natural resources, the financial market, technology, or brands.

Read more: The Vietnamese economy in the first 8 months of 2019

Compiled by Kit – Vietnam Credit
Based on the U.S. News & World Report of Best countries to invest in