Moody's: Vietnam's strong growth potential will support a stabilization in the debt burden

Wednesday 22, 08 2018
Moody's Investors Service says that strong economic growth will likely continue in Vietnam (Ba3 stable) over the next few years and support a stabilization in debt. 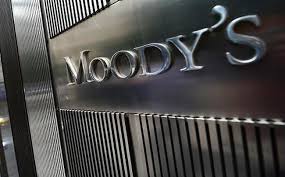 Moody's Investors Service says that strong economic growth will likely continue in Vietnam (Ba3 stable) over the next few years and support a stabilization in debt.

The growth will be supported by the economy's rising competitiveness, healthy trade flows and robust consumption, but banking system risks and a history of susceptibility to destabilizing financial market cycles remain a constraint on broader economic strength.

Moody's conclusions are contained its just-released report, "Government of Vietnam: FAQ on prospects for growth, trade and government debt".

Moody's report says that investment is largely responsible for the 6% growth recorded over the last decade for the Vietnamese economy, but productivity will increasingly drive headline growth as the economy moves up the value-chain and the role of the private sector increases.

These competitiveness improvements, together with a mix of healthy trade flows and robust consumption will support average GDP growth of 6.4% between 2018-2022, which is nearly double the 3.5% median for Ba3-rated sovereigns.

Meanwhile, the effects of the ongoing trade dispute between the USA (Aaa stable) and China (A1 stable) may be detrimental for Vietnam if tariffs are extended to products within the mobile phone supply chain - that Vietnam specializes in - or affected other economies with which it has strong trade ties, such as Korea (Aa2 stable).

Potentially partly offsetting this scenario is the consideration that Vietnam would stand to gain from a diversion in market share of products at the lower-end of the value chain, such as textiles and garments.

Previous periods of rapid credit growth have weakened bank solvency and raised contingency risks for the sovereign. While credit allocation has somewhat improved and now poses lower risks to the sovereign, credit growth remains beyond the pace warranted by financial deepening trends, raising the risk of a correction that would amplify the negative impact of an economic shock.

While Moody's still sees the banking system as the primary source of event risk, the acute systemic risks that contributed to the downgrade in 2012 have abated. The average baseline credit assessment for the 16 Vietnamese banks we rate has improved to B2 from B3 due mainly to improvements in asset quality, stabilizing capitalization, and a recovery in profitability.

At 52% of GDP, government debt is now largely in line with the median of about 50% for Ba-rated sovereigns. The rapid pace of nominal economic growth will stabilize debt at this level. Moreover, the structure of debt has improved, with lengthening maturities and a declining share of foreign-currency debt limiting Vietnam's vulnerability to financial shocks.
Full report:
http://www.moodys.com/researchdocumentcontentpage.aspx?docid=PBC_1137097

In developed countries, corporate credit rating is a popular activity but...