Tuesday 27, 06 2017
While the economy only gained modest growth rate of over 5 percent in the first half the year, the listed stock market boomed with the VN Index hitting a series of records in succession. 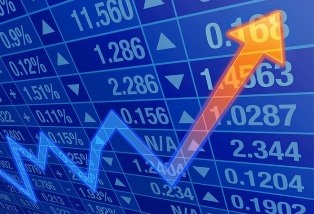 Analysts say they don’t think this is a ‘market bubble’ as the cash flow to the market is stable with trading value of up to VND5 trillion in some trading sessions.
Bank shares have been leading the stock market’s upward trend these days.

MBB share prices of Military Bank increased quickly from VND13,000 to VND20,000.  ACB of Asia Commercial Bank increased by 62.5 percent and STB of Sacombank by twofold following a rumor related to an M&A deal.

Analysts have pointed out that the stock market has become more attractive because the other investment channels like real estate and gold have remained quiet since the beginning of the year.

“The stock market performs on the expectations in the future. The government has sent a clear message on economic development in general and the private sector in particular, thus creating confidence in financial investors’ community,” Huy Hoang, head of KIS Vietnam’s stock analysis division, explained.

A senior broker of a securities company in Big Four, who asked to be anonymous, commented that the persistent cash flow into the stock market, up to trillions of dong in each trading session, is a rarely seen phenomenon.

“There is always a closed link between stock growth and credit growth,” he said.

The other trend of the stock market is the comeback of foreign investors. The investors have unexpectedly bought shares again after selling late last year for fear that the US FED would raise the prime interest rate.

A report shows that in the first five months of 2017, foreign investors’ stock net sales reached VND7 trillion, the highest level in the history of the Vietnam stock market.

It sold more than bought by VND1 trillion in the same period last year.

Analysts were cautious when asked whether the upward trend is sustainable if the GDP growth rate in Q1 was unsatisfactory. They said it is difficult to predict the link between GDP and stock market growth. In 2016, Vietnam’s GDP grew by 6.21 percent only, but the VN Index soared by 15 percent.
-Credit: Vietnamnet-
Categories:
Financial News

The number of deaths due to coronavirus is too small to affect the global...