Wednesday 24, 06 2020
After the Covid-19 pandemic, Vietnam emerged as a reliable investment destination for a series of large enterprises in the world. 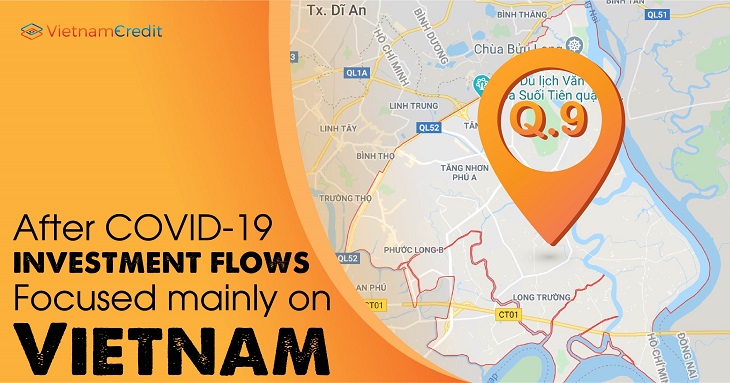 Amidst the pandemic of Covid-19, Vietnam emerged as a bright destination when escaping from a pandemic, stabilizing the situation at the world's fastest pace. The stable and safe environment makes Vietnam an ideal destination for large FDI enterprises in the world. Many sources said that Inventec Company specializing in assembling AirPods is preparing to build a factory in Vietnam. Earlier, Foxconn - the largest electronics manufacturer in the world, specializing in manufacturing iPhone and iPad also promptly built factories in Vietnam and India. Nikkei newspaper (Japan) also informed that the "big companies" such as Google and Microsoft are moving production lines of phones and laptops to Vietnam.

While many countries are still struggling in the war against Vietnam, Vietnam has basically pushed back and quickly reopened all business and production activities. Up to now, all domestic routes have been re-licensed, domestic tourism and service activities are quickly catching up. The friendly, vibrant, and safe image of Vietnam is highly appreciated by the international media, both enhancing the national prestige and unleashing a strong flow of FDI flows into Vietnam.

In order to attract and welcome "big eagles" from the world industry to make their nests in Vietnam, Mr. Nguyen Xuan Phuc - Prime minister of Vietnam requested the establishment of a special working group and immediately built the project in a spirit of fast & strong spirit. Vietnam is currently a trend of choosing to be a destination, especially in the world industry and technology, when the land fund is large enough to build a large-scale and closed line with a fast-growing labor force.

In many "valleys" that are oriented by the Government to develop industry and technology, District 9 - Ho Chi Minh City is focusing the perfect elements with the largest area in Ho Chi Minh City but the population density is among The lowest is the plentiful land fund for development. Located at the eastern gateway of the city with the most diverse and complete transportation infrastructure in the country, District 9 also owns prosperous feng shui terrain surrounded by large rivers such as Tac River, Dong Nai River, Soai River. Theater.

According to economic experts, the East area with the focus of District 9 owns a central position in the "golden triangle" area of ​​Ho Chi Minh City - Dong Nai - Ba Ria Vung Tau will be the focal point of the arterial roads between Ho Chi Minh City and the Southeast provinces. Currently, District 9 has the second-largest high-tech park in the country with more than 700ha, 35,000 employees, and $6 billion in investment. Recently, the Prime Minister also officially supported Ho Chi Minh City to build an eastern city, with District 9 as the focus that will strongly promote opportunities for "underground waves" in attracting investment.

As the focal point of the future Creative City - high technology of Ho Chi Minh City and the region, many parallel ecosystems have been formed quickly. Including Vinhomes Grand Park project, with the model "city in the heart of the city". This metropolis builds a convenient living environment with 36ha park, school system, hospital, commercial center, high-class office building, ... This place promises to become a center of life. new city, welcome the full life of the bustling East.

With the largest scale and the most comprehensive ecosystem in the East, plus currently guaranteed by the Vinhomes investor, Vinhomes Grand Park is expected to be a "magnet" attracting the community of experts, elite intellectuals currently live and work here and intend to invest in the near future.

According to experienced real estate brokers, the group of expert customers often has the psychology of choosing high-end projects, preferring to rest and enjoy; capital is not much time should focus on diverse utilities available in urban areas and civilized community residents. In particular, Vinhomes Grand Park with only 7-10 minutes connecting to high-tech parks and large enterprises, this will certainly be an indispensable choice of the elite intellectuals in the East of the city.

>> Investment in industrial real estate is on the rise

Will ODA capital have a positive or negative impact on Vietnam's economy?...

The implementation of the Vietnam - EU Investment Protection Agreement...