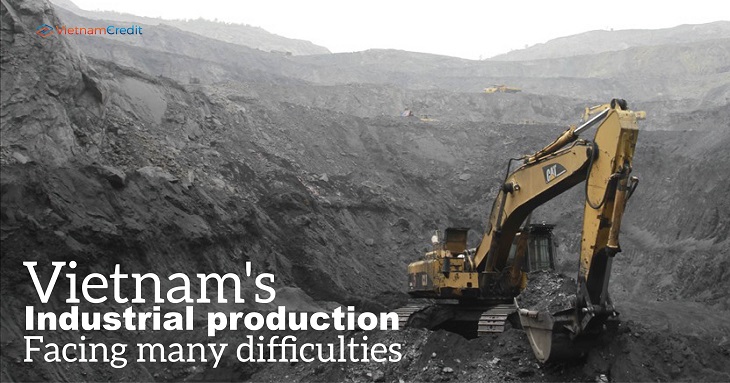 No new orders for textile

According to the latest data from the Ministry of Industry and Trade, July’s IIP increased by only 3.6% over the previous month and by 1.1% over the same period last year, which is lower than the increase in June.

Among industries negatively affected by the Covid-19 epidemic, textiles and garments have suffered the most as output of this industry is for export. So, just a “sneeze” made by the world market can make Vietnamese textile industry “ill”. To be more specific, the export turnover of textiles and garments in the first 7 months of the year is estimated at USD 16.18 billion, decreasing by 12.1% compared to the same period in 2019. Notably, many textile enterprises have had almost no orders for the last two quarters of the year for high-value products such as suits and high-end shirts. While in the second quarter, masks and protective goods were considered "lifesavers" for many garment companies, their prices have plummeted due to oversupply around the world in this quarter.

Regarding the industrial production sector in general, Mr. Pham Dinh Thuy, Director of the Department of Industrial Statistics (General Statistics Office) pointed out the causes of slow growth of industrial production since the beginning of the year. He said it was the complicated development of Covid-19 in many countries that affected supplies of imported raw materials for industrial production, especially processing industry. In addition, Decree No. 100/2019 / ND-CP of the Government on administrative sanctions for road traffic and rail transport violations, effective on January 1, 2020, has changed the drinking habits of the people, thereby affecting the beverage industry. Not only textile but many other industries such as leather, footwear, electronics, wood and wood products are also believed to face many challenges and difficulties.

The Ministry of Industry and Trade analyzed that the export value of computers, electronic products and components in the first 7 months of 2020 was estimated at USD 23 billion, an increase of 24.3%, however, that of mobile phones and spare parts was estimated at USD 25.65 billion, a decrease of 6.6% over the same period last year. It is expected that in the last months of the year, electronics industry will still be severely affected due to complicated developments of Covid-19 which will reduce the demand for electronic products in the US and European markets.

Wood industry has experienced a sharp decline in the demand for furniture in the world. IIP of wood processing and production of products from wood, bamboo, straw and plaiting materials in the first 7 months of 2020 saw a 3.4% decrease against the same period last year (increased by 12.9%). There has been no clear prospect for export markets in the coming time. However, enterprises in the wood processing and exporting industry are optimistic about the pandemic in their traditional export markets being well controlled. In addition, the free trade agreement between Vietnam and the EU (EVFTA), which has come into effect, is believed to help attract more export orders from member countries.

Mr. Nguyen Van Mieng, General Director of Nam Dinh Textile and Garment Joint Stock Corporation, said that in order to maintain jobs for employees, over the past time, this company has made changes in production structure. Previously, the company produced 1,100 tons of yarn, of which 600 tons were exported, which means the proportion of exports was about 65%, while now yarn export accounts for only 45% of its output.

In addition, he also affirmed that the Ministry would work closely with a number of multinational FDI enterprises (such as Samsung, Toyota) to find out capable domestic providers of raw materials and accessories to replace imported sources in the short term as well as in the long term.

Although electricity sectors in Vietnam are facing challenges due to climate...

The logistics sector in Vietnam has developed markedly with double-digit...