Saturday 01, 02 2020
Mr. Pham Lam - General Director of DKRA said that land lot is still the leading investment channel even though the market is tending to cool down. 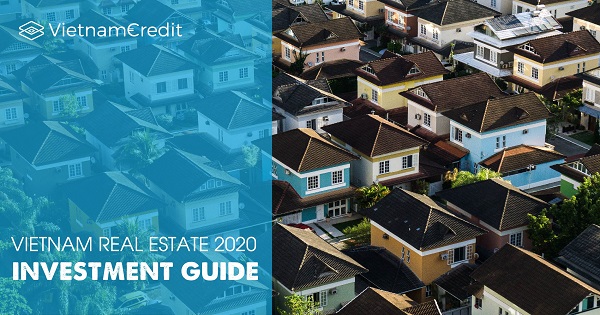 Land plot will be still “dominant”

After a long period of land fever, real estate market will again witness the excitement of the land plot segment. In some provinces such as Da Nang, Quang Ninh, Thanh Hoa, Nghe An, Binh Duong, Dong Nai, Ba Ria - Vung Tau, ... the land market is sought as prices and transactions are rising. Especially, in the context of the supply of apartments is scarce, land plot is being evaluated as the most preferred investment channel in the market.

Recently, at the launch of the Real Estate Market Report in 2019, Mr. Nguyen Van Dinh, Vice Chairman and General Secretary of Vietnam Association of Realtors (VARs) said that in 2020, investment in land plot would still be among top choices for investors in newly developed local markets. If any locality finishes the review and inspection of the development of real estate projects, it will certainly make good use of the opportunity to strongly attract investors across the country.

Sharing the same view, Mr. Pham Lam - General Director of DKRA said that land lot is still the leading investment channel even though the market is tending to cool down. However, right after the market received bad news such as "ghost" project, which caused thousands of people to suffer from loss, the land plot market started to fall into a gloomy and plunging situation. Especially, after the fever of blowing up land prices at the beginning of the year, at the end of the year, many investors had to conduct stop-loss.

Therefore, although it is a highly potential segment, investors should also be cautious when deciding to pour money on land plots in 2020. In particular, special attention must be paid to the legality of projects. Since January 1, 2020, Circular 22 on squeezing credit capital has come into effect, which means investors should be careful with long-term investment capital.

In addition, the new land price frame is being issued by provinces and cities directly under the Central Government, applied from January 1, 2020, which will certainly affect land price. Not to mention, after the Lunar New Year, land prices often tend to increase slightly. 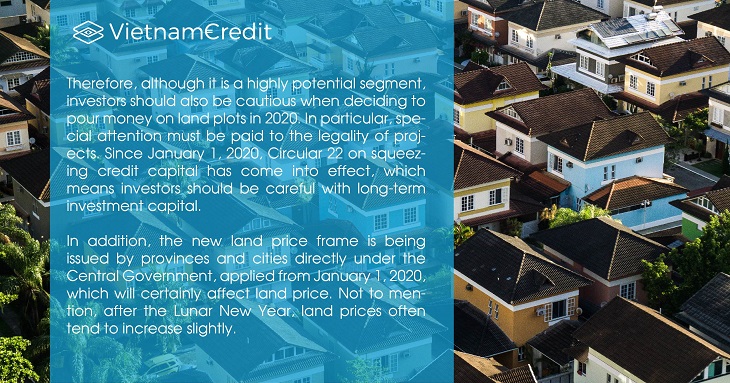 According to data from the General Statistics Office, 2019 continued to be a booming year for Vietnam's tourism industry. International visitors to Vietnam in 2019 were estimated to reach 18 million, up 16.2% over the previous year.

In addition, 2019 marked a major turning point for resort real estate when it witnessed large projects of coastal investment. Many businesses were preparing to sell real estate products in many provinces and cities: Phu Quoc, Ba Ria - Vung Tau, Khanh Hoa, Ninh Thuan, Quang Nam, Da Nang, Phu Yen, among which are many large-scale projects worth up to billions of dollars.

According to many experts, the decline in new supply in traditional markets is and will lead to a shift of investment to some potential but unexploited markets such as Phu Yen, Quy Nhon and Binh. Thuan, Ninh Thuan, Phan Thiet, Ba Ria - Vung Tau, etc.

Enterprises have moved to suburban areas

The movement of real estate businesses began to take shape in 2019 when the urban land fund in two main markets, Hanoi and Ho Chi Minh City, became increasingly scarce and expensive. Therefore, investors want to find solutions with more reasonable prices. In addition, the decline in new supply in traditional markets is also a cause of expansion in emerging markets. Experts said that in 2020, cash will flow into real estate in suburban areas and areas with good competitiveness.

In fact, some provinces such as Quang Ninh, Thanh Hoa, Hung Yen, Hoa Binh, Nghe An, Quang Binh, etc. have witnessed the arrival of many famous real estate businesses such as Vingroup, Sun Group, T&T., Geleximco, ... In particular, many “giants” have been planning towards the suburban. For example, Phat Dat Real Estate Joint Stock Company said that in 2020, it will set up projects in Thu Dau Mot City, Binh Duong Province.

​Many experts believed that suburban real estate will have plenty of room to develop. This will be an attractive channel for investors in the near future. At the same time, the increasingly connected transport infrastructure system will create momentum for this market. However, investors should select and find localities with complete infrastructure, well connected with surrounding areas to avoid the situation of "burying" capital in one place.