World Bank’s warning: risks in the benefits from the US-China trade war

Saturday 12, 10 2019
With an import-export to GDP ratio of nearly 200%, Vietnam faces the risk of high uncertainty and from the possibility of global chains being disrupted - World Bank said. 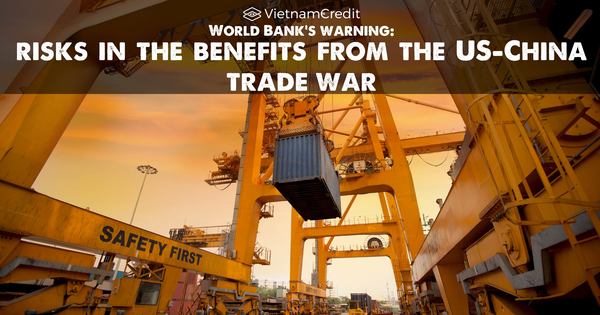 According to a review made by the World Bank on October 10, Vietnam's import and export, though well maintained, cannot avoid the impact of escalating global trade tensions. In the first half of 2019, exports were estimated to decrease from 16.3% (the first 6 months of 2018) to 7.2%, which is the lowest rate since the beginning of 2016 (at 5.8%). However, Vietnam's trade balance still had a surplus of US $ 1.6 billion in the first half of 2019 due to a slowdown in import growth. 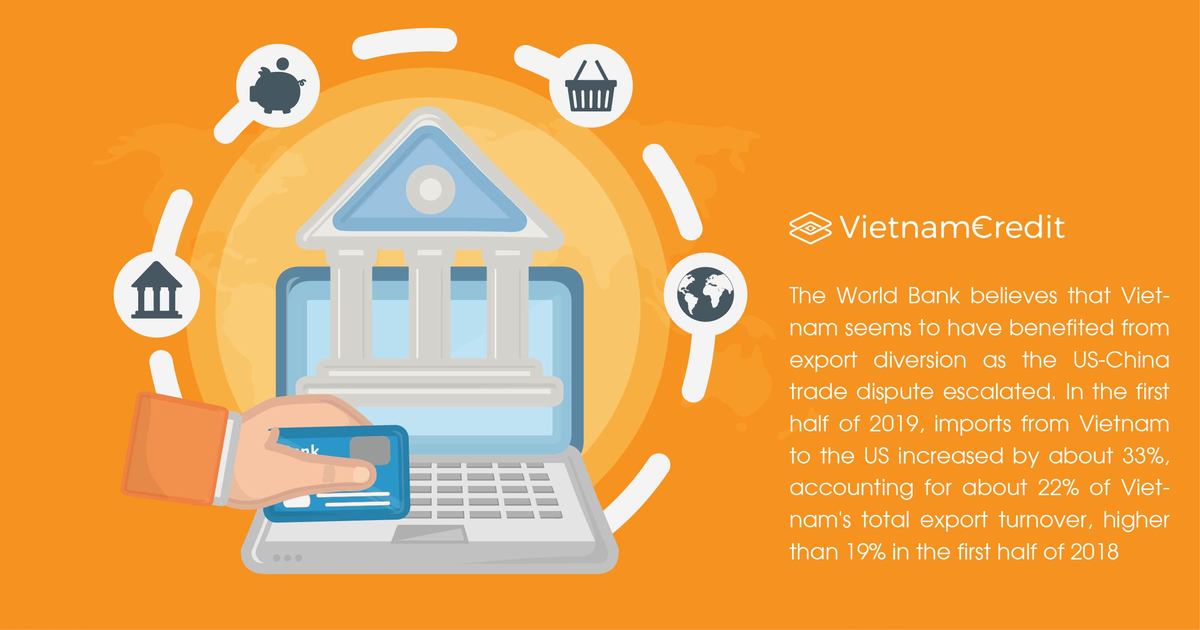 The World Bank believes that Vietnam seems to have benefited from export diversion as the US-China trade dispute escalated. In the first half of 2019, imports from Vietnam to the US increased by about 33%, accounting for about 22% of Vietnam's total export turnover, higher than 19% in the first half of 2018. US-China trade tensions may cause Vietnam's exports to be an alternative to China’s in the US market and vice versa for the Chinese market.
"Perhaps, it is because Vietnam gains more market share of items subject to higher import tariffs that make Chinese exports decline, such as phones and components, computers, garments, leather shoes, wooden furniture ... ", according to the World Bank.
However, this organization also pointed out some risks to Vietnam. Specifically, with the import-export to GDP ratio of nearly 200% (2018), Vietnam faces the risk of higher uncertainty and the possibility of global value chains being disrupted. "Moreover, when the trade surplus with the US increases, Vietnam can become a subject of other US trade protection and tariff measures," the World Bank said.

Further assessing Vietnam's economy, the World Bank believed that sustained economic growth and budgetary discipline have contributed to reducing the public debt to GDP ratio from 59.6% (IMF) in 2016 to about 54.6% in 2019 and currently much lower than the 65% debt ceiling prescribed by law. Taking advantage of favorable domestic market conditions and growing investor confidence, Vietnamese Government has continued to extend the term of domestic debt instruments and reduce average interest rates of debt portfolio.
This organization also reckoned that in the medium term, Vietnam's economic prospect is still positive. GDP growth of this market is expected to decline from 7.1% in 2018 to around 6.6% in 2019. The growth rate is expected to continue to decline in the next 2 years, 2020 and 2021 with a more sustainable figure of 6.5%.

During the forecast period, inflation is expected to be lower than the government's target of 4% and the current account will remain in surplus, though at a smaller level. As for the budget spending, it is expected to decline until 2021, thanks to the fact that efforts to strengthen the fiscal situation continue to be maintained.
Regarding risks and challenges, the World Bank said that Vietnam is still vulnerable to changes in the global economic situation, due to strong trade openness, and relatively limited fiscal and monetary policy room. Escalating trade tensions and stronger global recession than expected may put pressure on growth.
In addition, this organization also thought that the slowdown in SOE and banking sector restructuring could cause adverse financial and macro effects, and may have impact on the prospect of long-term growth.
Categories:
Economy News