Will WTO Be No Eliminated?

Friday 06, 12 2019
The US also said it received too little support from the WTO when it accused China of violating international trade rules. 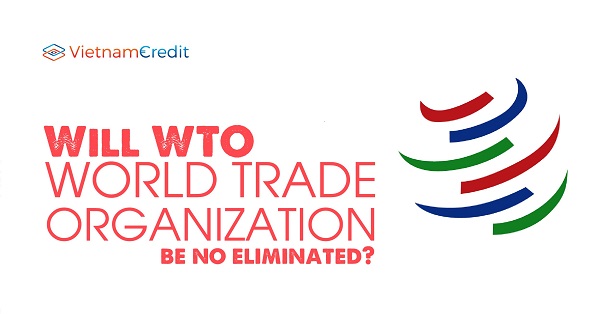 "Winter is coming," the representative of the World Trade Organization (WTO) in Norway said on November 22, on the sidelines of a meeting of the organization. The multilateral trading system, which has been overseen by the WTO since 1995, is at risk of disintegration.

Since the beginning of 2018, the US has blocked the appointment of alternate judges in a seven-member WTO appellate body accusing it of exceeding its authority in a number of decisions. This has resulted in four vacancies, and on December 10, the term of the two of the remaining three judges will expire. Meanwhile, the WTO agreement requires the agency to have a minimum of three judges, so unless something happened earlier, after that time, it would not be able to resolve trade disputes.

WTO rules currently serve as the basis for 96% of global trade. According to the latest estimates, the WTO has promoted up to 171% of trade activities among its members. When iPhones are shipped from China to the United States or whiskey bottles are shipped from the EU to India, it is WTO rules that keep tariffs and non-tariff barriers low, giving companies certainty - something they desperately need to reinvest and plan production.

Most member countries adhere to the rules set by the WTO. However, if a member feels that another country is breaking the law, instead of arguing with each other, they can file a lawsuit with the WTO. If dissatisfied with the WTO ruling, the appeal of the appellate court and the ruling of the appellate court can be very effective. If the losing party fails to comply with the decision, the winning party may impose a tax on the number of goods that is equivalent to the amount of damage the judge thinks is a violation of the law.

Not surprisingly, President Donald Trump dismisses non-American arbitrators of the WTO, as he often dislikes multilateral rules. But the problem doesn't just stop there. The WTO faces an uncertain future due to a collapse of confidence in how international law operates and the failure of the WTO itself to negotiate.

The WTO has offended Americans. The United States won a number of victories in the WTO court, such as winning the EU on subsidies for Airbus, winning China on subsidies for state-owned enterprises, stealing intellectual property or on rare earth export management. However, there are also many cases where the US has lost.

Although previous presidents have complained about the WTO and occasionally interfered with the process of appointing judges, the Trump administration has gone much further.

US officials complain that the dispute resolution process usually takes too long compared to the maximum 90-day time limit set out, and more importantly, the appellate body often makes rulings beyond the jurisdiction made by the members. The US also said it received too little support from the WTO when it accused China of violating international trade rules. One of the greatest achievements of the WTO is to convince a large number of nations to sign the rule. One way for negotiators to achieve this, however, is to set vague rules with ambiguous language.

American commercial lawyers are willing to abolish the appellate court, which has a completely different view from European lawyers on international law. While American lawyers believe that laws can only be enforced if they are completely clear, their colleagues in Europe are comfortable with vague rules.

WTO's negotiating capability has been broken for many years. With the current membership of 164, the WTO is unlikely to reach a consensus. Each member has the right to veto, and the attitude of dissatisfaction with the appellate court is increasing.

In the current context, when the Trump administration has ignored the WTO and attacked directly into China, the US probably no longer needs the WTO. On November 26, the US also proposed to stop paying the judge of the appellate courts.

Of the remaining 163 members, 117 members signed a letter calling for the US to resolve the current impasse. Although the US is the one that uses the dispute settlement system the most, other countries will also feel empty. Some have begun to prepare for a future without the WTO. The EU, Canada, and Norway have agreed on an interim arbitration mechanism, which will use retired judges of the WTO appellate court. And the EU is also strengthening its own judicial mechanism.

All of this means that global trade will become unpredictable and disputes will take place more. Without the WTO appellate court, disputes between the largest members could escalate quickly. Under GATT, the United States acted as "global police", but that certainly will not be repeated.

In the 1980s, no country was comfortable with American unilateralism. But at least then "Uncle Sam" can take on more responsibilities. Now the story is different.

An important aspect of Brexit is likely to be the UK's separation from...