Friday 05, 06 2020
Concerns about the decline in purchasing power and consumption of the society have been clearly expressed for the first time. 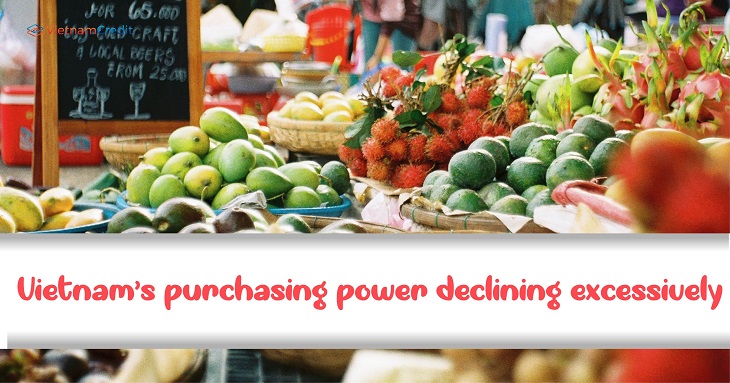 In 2020, there still exist 5 major difficulties and challenges to the economy, which were pointed out by the Ministry of Planning and Investment at the Government's regular meeting in May 2020. However, this list of difficulties and challenges was quite different from that reported at the Government's regular meeting in April 2020.

In addition to the concern about declining growth due to the negative effects of the Covid-19 epidemic and the global economic recession, what is more worrying is the change in the order, the role and the position of countries in foreign relations, which will affect trade and investment flows to Vietnam. Moreover, increasing mergers and acquisitions (M&A) of businesses, making potential businesses (medium and large scale, with a certain market share and leading a number of important sectors) fall into the hands of foreign investors, is also among major concerns of the authority.

The Ministry of Planning and Investment is also worried about the trend of increasing competition between Vietnam and other countries in the region to attract investors who are moving out of China. Equally important is the potential risk of the overreaction of the market to bad news about Covid-19, leading to an excessive reduction in shopping and consumption of the society.

If the above challenges have been more or less mentioned, the worry of excessive decline in purchasing power and consumption was, for the first time, clearly shown. Meanwhile, there are still opinions of experts and policymakers on aggregate demand decline.

"Low purchasing power will affect production and business activities as  well as economic growth" senior expert Cao Viet Sinh said, and emphasized that such a sharp decrease in purchasing power is a warning. Along with the index of total retail sales, there is another indicator that also drew the attention of the Government members when discussing the socio-economic situation in the first 5 months of the year, which is the growth rate of the Index of Industrial Production (IIP) that stood at only 1%, too low compared to the 9.5% increase in the same period in 2019.

In a certain sense, it can still be said to be a positive change in industrial production as IIP of May 2020 increased by 11.2% over the previous month. This shows that the economy has actually changed from a "static" state to a "dynamic" one, and production has recovered.

However, the 1% increase in IIP in the first 5 months is the consequence of the decline in purchasing power, including that of both domestic and export markets. If the situation continues, industrial production will even face more difficulties.

What is worth mentioning is that, right at the time when the General Statistics Office published the data on socio-economic situation in the first 5 months, IHS Markit also announced the Purchasing Managers' Index (PMI) of the entire manufacturing sector of Vietnam. Although Vietnam's PMI in May 2020 increased by 10 points to 42.7 points, significantly higher than the record low of 32.7 points in April, this figure still shows that Vietnam’s manufacturing sector is experiencing a rapid decline.

According to Andrew Harker, chief economic officer at IHS Markit, although Vietnam has successfully brought Covid-19 under control, allowing the economy to begin the recovery process, decreasing PMI in the middle of the second quarter of the year shows that it will take the economy a long time to recover.

"The growth recovery process is likely to take place slowly with little support from overseas markets (at least in the near future) as the pandemic continues to affect many parts of the world." said Andrew.

Because of the declining purchasing power, and difficulties faced by production and business activities, the "health" of the business system is also affected. According to the Ministry of Planning and Investment, although there have been some positive signs indicated by the increase in the number of newly established businesses, there is still a significant increase in the number of businesses withdrawing from the market.

"Perhaps, it is necessary to continue monitoring for a while longer, at least until the end of the second quarter of 2020, before finding solutions to stimulate demand." expert Cao Viet Sinh said.