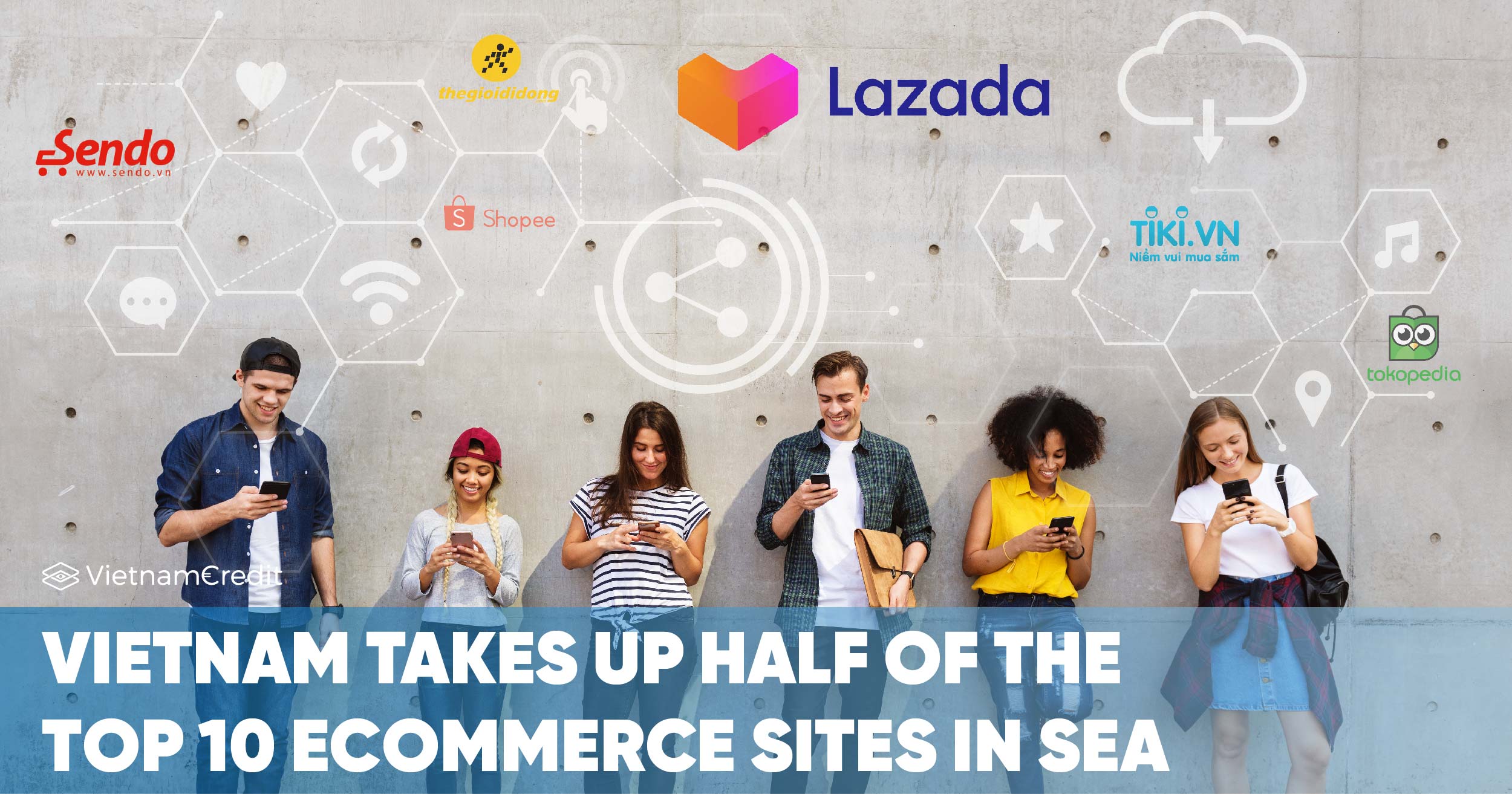 5 Vietnamese companies accompanies 5 places in the list of the 10 most-accessed Ecommerce site in South East Asia. Vietnam is one of two countries (along with Indonesia) with the growth in e-commerce website traffic, while Thailand, Malaysia, Singapore and the Philippines have all decreased.
iPrice the Ecommerce portal of 7 ASEAN markets has just published the general Ecommerce market report for the 6 South East Asia nations, including Vietnam.

The report conducted by iPrice Group has come up with 10 Ecommerce sites with the highest website traffic in the South East Asia market. The result shows that half of these sites are Vietnamese domestic companies, including Tiki, Sendo, The Gioi Di Dong (Mobile World JSC), Dien May Xanh (Blue Electronics) and FPTShop.
Beside Vietnamese companies, the 5 remaining companies are Lazada and Shopee, which are enormously popular, together with the 3 Indonesian “unicorn” start-ups Tokopedia, Bukalapak and Blibli.

According to iPrice, despite being at the bottom half, the fact that the majority of the top 10 are Vietnamese companies is enough to prove both the potential of domestic companies as well as the scale of the Vietnamese Ecommerce market. In 2018, Google predicted that Vietnamese Ecommerce by 2025 would reach the growth rate of 43% - the highest in the area.
The iPrice report shows that the traffic to Tiki increased by 69% in one year, from nearly 20 million visits/month to 33.7 million – ranking 6th in South East Asia. In the domestic market, Tiki also moved from the 4th place to top 2 regarding the traffic, above Lazada Vietnam.

iPrice reviewed that the significant growing signs of Sendo had only shown themselves recently, especially in the 2 quarter of this year when the website traffic of Sendo increased by 10%. In the context of competitors occupying the top positions, including Tiki, Lazada Vietnam, and Shopee Vietnam, all having decreasing website traffic in the 2nd quarter, Sendo remarkably stood out.
This Ecommerce site reached 28 million visits/month in the 2nd quarter of 2019, and was at the top 4 of the nation for the first time. Sendo was lower than Lazada Vietnam by only 300,000 visits/month. One year ago, this difference was 16 million visits/month.

While Tiki was focusing on the younger customers, Sendo was still loyal to their provincial customers. Currently, according to information provided by Sendo, 2/3 of their customers come from secondary cities and farther.
The three remaining Vietnamese companies in the top 10 are all websites trading in electronics. This is the first time Dien May Xanh and FPT shop get into the South East Asia’s top 10 list conducted by iPrice.
The iPrice report also shows that compared to the same period last year, the traffic to the top 10 Vietnamese Ecommerce websites in the first half of the year increased by 11%. This statistics shows that website is still playing important role in Ecommerce in Vietnam, despite the notable competition with the social network or mobile application platforms.

Vietnam is also one of the 2 nations (together with Indonesia) with growing trend in the Ecommerce website traffic, while the 4 remaining countries, including Thailand, Malaysia, Singapore, and the Philippines all have decreasing trend.
Regarding this result, the representative from iPrice Group said that one of the reasons for this is because the Vietnamese Ecommerce market is more competitive that those of other countries. Vietnam has many leading Ecommerce companies with strong financial potential, and there are only small gap between them. This competitiveness forces companies to maintain their multiple channels activities, including website, to continuously approach their customers. Meanwhile, in other countries like Singapore, the Philippines, and Malaysia, the competition is mostly between Lazada and Shopee only
Source: iprice ,Translated by Vietnam Creditn-nua/.
Categories:
Financial News Economy News Developments Business Events Industry Report Top Companies