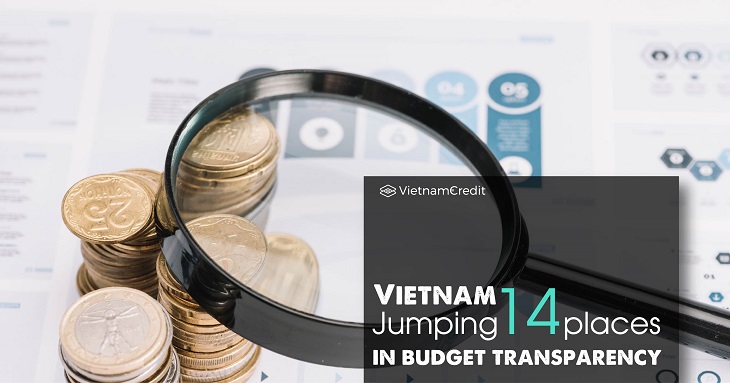 Open Budget Survey (OBS) is an initiative to promote budget transparency, conducted by the International Budget Partnership Organization (IBP) every 2 years since 2006, and conducted in more than 100 countries around the world. It gives points to assess the level of budget transparency of countries and economies in budget accountability.

During the survey, through its civil society organization in Vietnam Center for Development and Integration (CDI), IBP conducts assessments and provides evidence to answer survey questions. In Vietnam, the Ministry of Finance in coordination with the Ministry of Planning and Investment, the State Audit Office and the National Assembly's Office provides comments and additional documents to answer the survey questions.

According to the OBS2019 ranking with the three categories mentioned above, Vietnam is assessed to have made remarkable efforts and progresses in budget transparency.

With the application of the State Budget Law 2015 (effective from the budget year), the scope, subjects, content and form of publicity are much wider than before. In particular, the public disclosure of data and explanatory reports on the State budget estimates submitted by the Government to the National Assembly, together with the Citizen Budget Report in a simple and easy-to-understand language, created favorable opportunities for the people to easily capture information, thereby increasing interest and active participation in the process of building and monitoring budgets.

Many key budget documents need to be made public The only budget document (6-month report) of Vietnam that has not been recognized by IBP is Interim Report according to international practices, because quantitative information about State budget forecast has not been provided yet, although this report has been publicly reported by the Ministry of Finance.

This is a unique feature of Vietnam because the National Assembly has a year-end meeting at the end of October, so the time when the Ministry of Finance reviews the implementation of State budget for the whole year to report to the Government and the National Assembly is about 20 days later than the international standard (IBP stipulates that the mid-term report must be published before September 30 of the reporting year).

In the coming time, the Ministry of Finance continues to perform well the work of publicizing the State budget, promoting the application of information technology in publicizing the budget to create maximum conditions for people to access to State budget information. Along with that, the Ministry will guide and supervise localities and ministries / branches to strictly implement the publicity in accordance with the provisions of the State Budget Law.