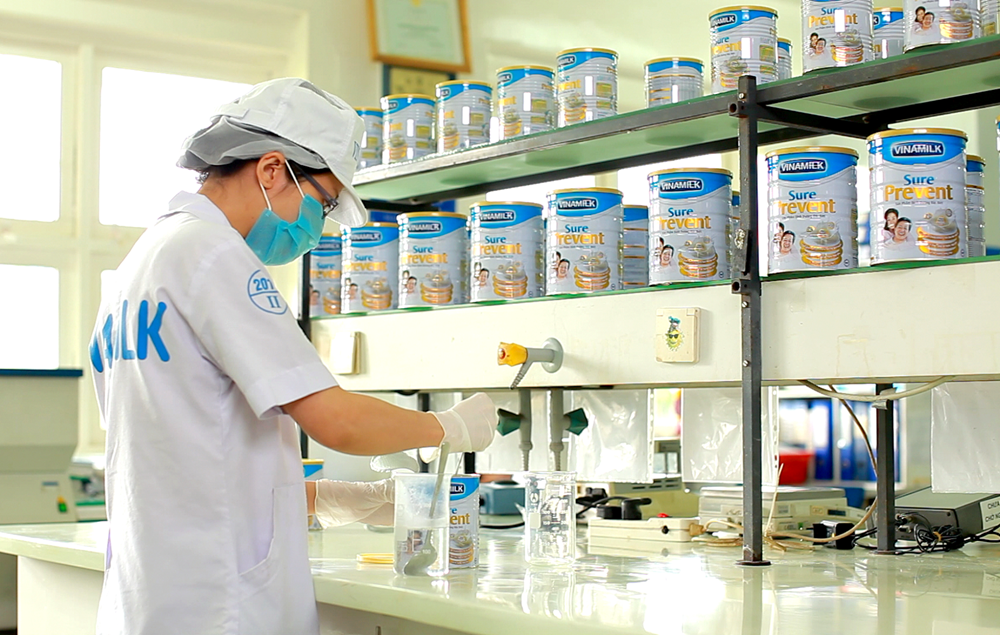 “With an average growth rate of more than 15 per cent per year from 2010-2015, Viet Nam’s dairy sector is increasingly creating a fresh and favourable development space for enterprises,” Thang said.

Businesses are constantly investing in the renovation of equipment to improve productivity and enhance quality to meet domestic demand. Many large enterprises like Vinamilk, TH True Milk and Nutrifood have set up large-scale milk processing plants, he said.

Besides, they also have invested in dairy farms to provide more raw materials for production, he added.

The seminar was a sideline activity of the Viet Nam International Milk and Dairy Products Exhibition 2017, the first-ever of its kind, held from May 31 to June 6 at the Cultural Friendship Palace in Ha Noi.

Over the last five years, the scale of dairy farms has steadily increased, with the total number of milk cows rising from over 140,000 in 2011 to nearly 300,000 in 2016, said Vu Ngoc Quynh, general secretary of the Viet Nam Dairy Association.

“Milk industry is already on a growth path, and yet I could see huge potential in some areas that we all can explore,” said Robert Graves of Tetra Pak Viet Nam, known for its food processing and packaging solutions, at the seminar.

“We could accelerate growth through increased penetration, innovation, riding on emerging trends and improving environmental profiles of our business operations,” he said.

In Viet Nam, millennials have been the first generation to drink packaged milk, Graves said, adding that young people between ages of 16 and 30 account for almost a third of the population, representing a huge opportunity for local manufacturers and Tetra Pak in terms of driving innovations in the industry as well as creating break-throughs to build new categories like ambient yogurt and nut-based drinks.

Viet Nam’s dairy farming scale remains modest; farming households with fewer than 10 cows accounts for over 90 per cent of the country’s cows.

“Besides unfavourable climate for raising milk cows, the poor quality control system and the lack of storage and processing technology are also the obstacles for businesses,” Quynh said.