Friday 25, 09 2020
The list of top 10 textile companies in Vietnam is prepared by VietnamCredit based on independent research and evaluation by our experts. Hanosimex has officially operated as a joint stock company since 2008. It is also as a member of Vinatex. Its main business activities are to manufacture and trade in knitted clothing, fiber and knitted fabrics, and to supply materials & accessories to other company within the textile industry. Currently, it has fiber and garment factories in Bac Ninh, Nghe An and Ha Nam provinces, and it also has many subsidiaries that operate in the same field.

Since the Covid-19 broke out, business performance of Hanosimex has also been negatively affected. 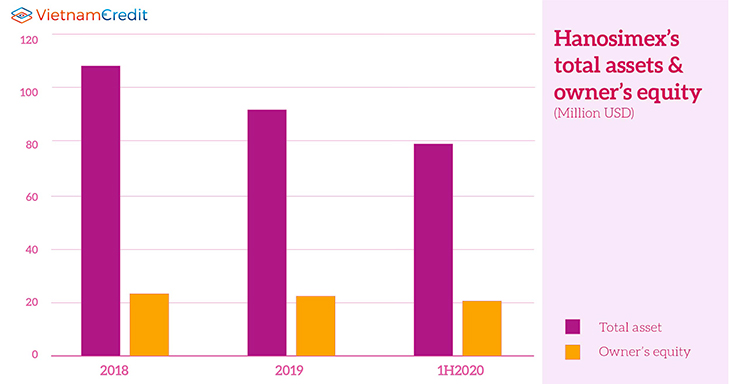 In 2019, the company recorded a slight decrease of 5.38% in total sales, however, its net profit declined by 112.49% against 2018. The main reason was the inefficient operation of some subsidiaries. In addition, Vinhomes JSC, which greatly contributed to the company business performance, divested its capital from Hanosimex.

At the end of the first quarter this year, due to the pandemic, the total sales of the company decreased by 33.49% over the same period last year. However, its net profit soared about 247.64% thanks to divesting long-term investments from Hoang Thi Loan Textile & Garment JSC.

10/10 Textile JSC was officially equitized in Jan 2000. It is a leading manufacturer of mosquito nets in Vietnam. Its products have also been exported to China, Thailand, India, Japan and Africa. Since it was equitized, the company has maintained its charter capital at 345 thousand USD. 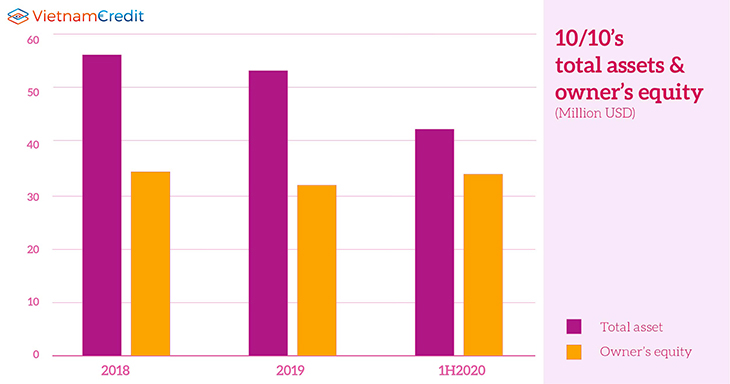 Total sales of the company declined by 21.11% in 2018, then recovered by 23.00% to reach more than 8x million USD in 2019. FY2019 also recorded a 16.56% increase in its net profit, yet, the profit volume was so modest in comparison with the revenue scale. Therefore, its profitability ratios were low.

Its total assets have shrunken over the years, from 5x million USD in 2018 to 4x million USD in the first half of 2020 while its owner’s equity has remained stable. More than 90% of the company assets are constituted by liabilities.

Formerly known as a state-owned enterprise, the company became a joint stock company in 2007. Its major business activities are to manufacture and process and towels. In addition, it also provides laundry service with modern technologies including bio-wash, ball-wash, and stone-wash. Recently, due to being negatively affected by the Covid-19 epidemic, there was decline in its trade activities. In the first 5 months of 2020, its turnover decreased by about 20% compared to the same period last year.

Gia Dinh Textile and Garment Corporation engages in manufacturing textile and garment products. In addition, it also processes products on demand. Its has cooperated with many famous brands such as Garmex Saigon, Gatexim Bach Tuyet Cotton, GDI, SJB.
Since the Covid-19 outbreak, the company has not conducted any import-export activities. 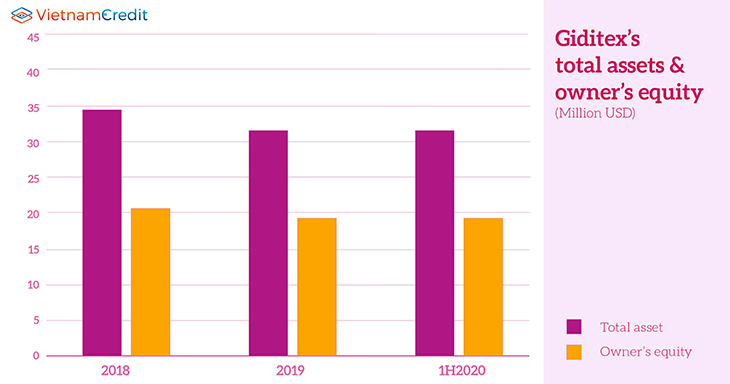 The company’s total sales have remained high for three consecutive years. During the period of 2018-2019, Giditex’s total revenue was mainly contributed by garment products with a rate of 63%.

By June 2020, Giditex had recorded a loss of 17x thousand USD because of changes in labor structure which led to a decrease in labor productivity and production/quality control.

Dong Nai Garment Corporation specializes in manufacturing and supplying apparel. Due to the impact of the Covid-19, the company has shifted business activities from manufacturing clothes to processing medical protective clothing and facemasks. Therefore, it can still employ 1,600 people. The total sales and profit after tax of the company experienced an upward trend and reached a peak at 4xx million USD and 1.2 million USD, respectively, in 2019. Last year, the company received a lot of orders from traditional partners from Japan, EU, the U.S.A, South Korea, and China. Overall, the gross profit margins of 10 largest textile and garment enterprises in Vietnam range from 2% to 21%. In which, Song Hong Garment JSC had the largest profit margin in 2018 and 2019, at 20.08% and 21.05%, respectively. It experienced greater increase in profit margin in the 2018-2019 period than any other businesses in the top 10.

Despite being the largest company in the industry, Vinatex's gross profit margin has been below 10% in the past years, and tends to decrease.

According to the International Labour Organization (ILO)’s recent research,...