OPPORTUNITIES AND CHALLENGES OF AMERICAN COMPANIES INVESTING IN VIETNAM

Tuesday 20, 11 2018
Opportunities and challenges of American companies investing in vietnam prepared by VietnamCredit is one of the "bedside" book for foreign investor especially American before doing business in Vietnam. This study researchs and mentions to four 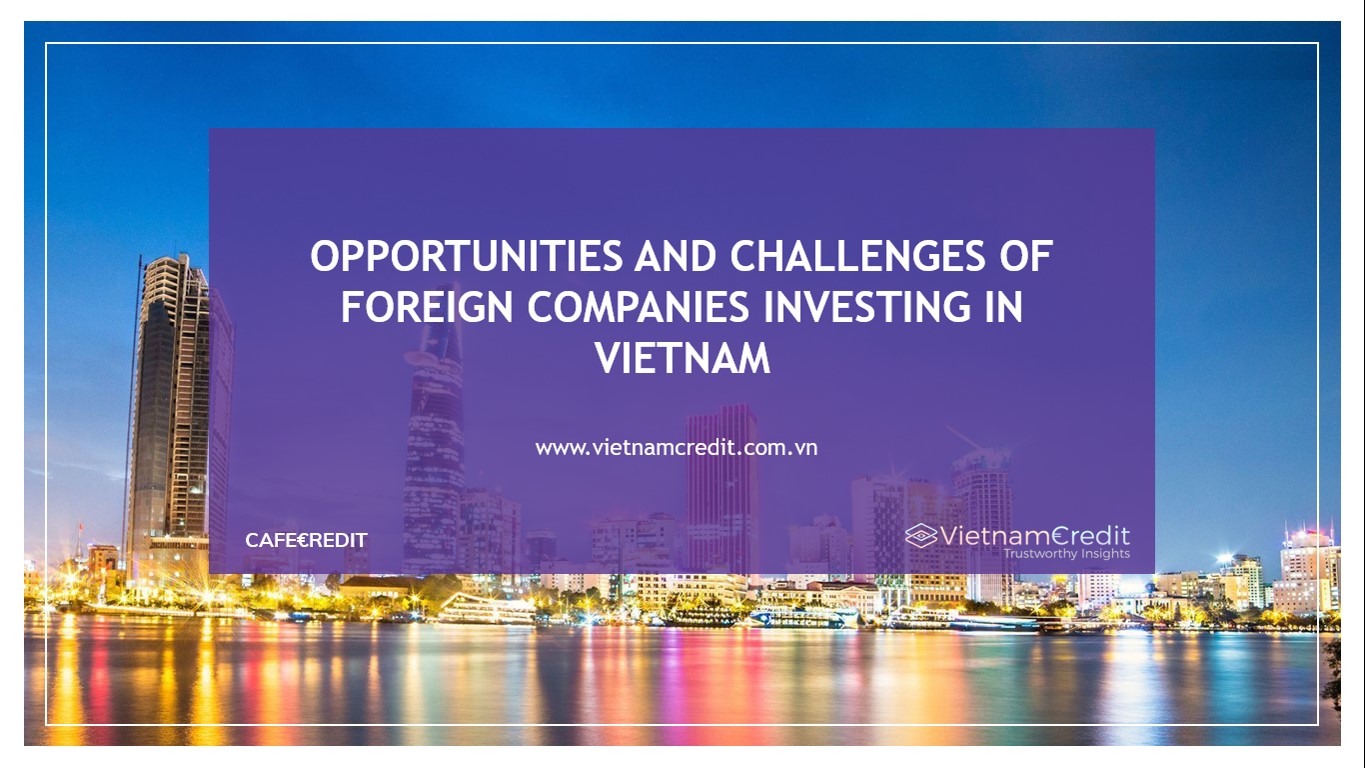 Opportunities and challenges of American companies investing in vietnam prepared by VietnamCredit is one of the "bedside" book for foreign investor especially American one before doing business in Vietnam.

This study researchs and mentions to four aspect such as: VIETNAM SOCIO-ECONOMIC OVERVIEW IN 3Q2018, TRADE - INVESTMENT BETWEEN VIETNAM AND US, INVESTMENT OPPORTUNITIES & CHALLENGES OF AMERICAN COMPANIES IN VIETNAM, FOREIGN INVESTMENT SUPPORTERS IN VIETNAM

In the period 2010-2017, Vietnam's GDP grew at an average rate of 6.1% per annum. In the first three quarters of 2018, GDP is estimated at 6.98% - the highest increase in nine months since 2011.
Manufacturing - construction sector and service sector have been more and more focused while the role of the agriculture-forestry-fishery sector in Vietnam's economy has become less important. Service sector occupies the largest share in the structure of Vietnam's economy at 39%, followed by the manufacturing - construction sector with 35% of GDP.

Import and export in the period 2010-2017 achieved remarkable results thanks to the expansion of the market. In 2017, total import and export turnover reached $425 billion, which is an increase of 2.7 times compared to 2010. 2. TRADE - INVESTMENT BETWEEN VIETNAM AND US Over the past 10 years, the import-export turnover between Vietnam and the U.S has grown by 3.25 times with a total value of $296.09 billion.

Of the total of 37 items exported to the US in 2017, there were 9 items with export value of $1 billion or more each. The item with largest value is textiles with $12.3 billion, followed by footwear with $5.11 billion, etc.

Total import-export turnover grew at only one digit as some key commodities declined sharply. However, according to statistics of 3Q2018, trade between Vietnam and the U.S has shown signs of improvement. Notably, import turnover increased 36.9% over the same period in 2017.
The US trade deficit with Vietnam in 2017 was about $ 32.41 billion. However, with a purchase of planes by Bamboo Airways, which has just been signed with Boeing, the total trade deficit could fall by nearly 20 percent.

Signing contracts worth billions of dollars will not only contribute to maintaining the trade balance but will also create tens of thousands of jobs in the US, boosting US exports to Vietnam and Vietnam to the US, helping improve the lives of many workers in the two countries.

3. INVESTMENT OPPORTUNITIES & CHALLENGES OF US COMPANIES IN VIETNAM