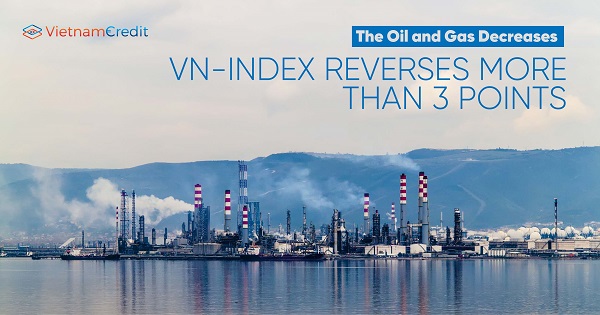 After some strong increasing moments at the beginning of the session, the sale pressure had increased strongly since 10:30 pm, making indexes reverse and decrease. In the Bluechips group, currently, there were only PLX, VJC, VIC, VCB, MSN, FPT still having a slight increasing trend, while BVH , GAS , SAB, BHN, HVN, PNJ, VHM, MWG, VCS, etc. all decreased fairly.

The Oil and Gas group, after a good beginning, had surprisingly and sharply been sold, with GAS, PVS, PVD, PVB, PVT all decreased strongly.