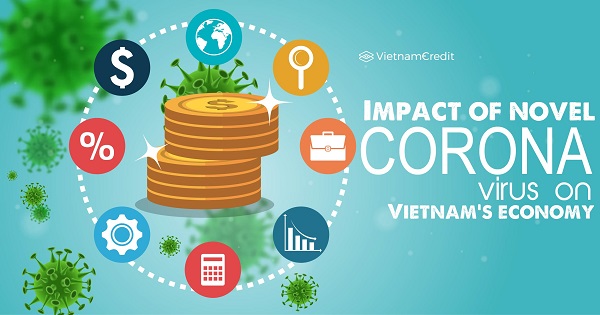 Industries that are negatively affected

It is difficult to compare the impact of novel coronavirus (n-CoV) on the economy with previous epidemics. The SARS epidemic did not have a major impact on Vietnam’s economy, but now Vietnam has stepped up its international trade connectivity and has become an important link in the global supply chain, especially in manufacturing. Therefore, any global disruption from major suppliers such as China could be a significant threat to Vietnam's growth. The border gates in Lao Cai and Lang Son, which are Vietnam's trade gateway with China, will be closed until at least February 8. Restrictions on visas from Chinese regions will hurt agricultural exports and tourism.

There are four sectors that are positively impacted by this epidemic, which are health care, IT, electricity (gas-fired power plants will benefit from falling crude oil prices) and water (which is not affected by nCoV). Negatively affected industries are textile, retail, fishery, beer, oil and gas, banking, securities, seaports, aviation, and aviation services. Textile industry is not directly affected by the demand because Vietnam's textile and garment products are not exported to China. However, a slowdown in China's GDP could have a negative impact on global consumption; moreover, that factories in China are closed in January and February will adversely affect Vietnamese manufacturers importing materials from China.

Retail industry will be affected as people will be less likely to go to public places to avoid the effects of the flu, and health care products will be preferred over the other ones. In addition, wet market will be replaced by online shopping or supermarkets.

Fishery industry: aqua product exports to China will be slowed by the impact of n-CoV flu. In 2019, the Chinese market accounted for 16.5% of Vietnam's total seafood exports, of which shrimp and pangasius exports account for 16.1% and 33% respectively. The extended holidays will strongly affect the export of the first quarter of 2020.

Beer industry: In addition to Decree 100, the beer industry will be greatly impacted by the fact that people will restrict public gatherings.

Banking & securities industries: When the whole economy and key industries are affected by n-CoV, the banking industry will somewhat suffer from negative impact in the short term. However, stocks such as VCB, CTG, ACB and VPB are still worth trading.

Seaports: Chinese consumption will be negative in the short term, so export activities will also be affected in the first quarter of 2020, which will negatively affect the volume of goods through seaports of Vietnam. In contrast, e-commerce and courier demand are expected to increase sharply when people are unable to get out in the near future.

Aviation and aviation services: Chinese people account for about 40% of foreign tourists coming to Vietnam in 2019. Therefore, this industry will be strongly affected.

Negative state will not last long

Tourism and related industries suffer the most. Based on ANZ's calculations, if the number of Chinese visitors decreased by 75% in this quarter, tourism exports to China could fall by 0.24% of GDP in 2019, while if exports to China decreased by 20% in the first quarter, the export of goods to China may decrease by 0.59% of GDP in 2019. However, according to BSC's estimates, GDP of countries affected by SARS recovered right after the peak phase of the epidemic, suggesting that the negative state may not last long.

According to historical data, in the latest epidemic outbreaks, their impact during the peak period before the disease was controlled was quite large for stock markets in countries affected by epidemics. On average, when the epidemic began to be contained, the world stock market often increased sharply. According to BSC's assessment, in addition to the obvious short-term negative impact on industries such as aviation, seaports, shipping, retail, BSC also noted that the fisheries and real estate sectors may be negatively affected in the medium term. At the same time, stocks in the pharmaceutical industry may benefit in the short term.

Investors should consider shifting the investment structure of stocks into financial sectors such as CTG, MBB. Investors who prefer bottom fishing can consider buying stocks such as resort and aviation real estate stocks that tend to rebound strongly when there are announcements of successful epidemic control.