How Will Reducing The Compulsory Reserve Interest Rate Affect Banks?

Thursday 05, 12 2019
After 14 years, the State Bank reduced the interest rates of compulsory reserve deposits of banks, with the reason "to adjust in accordance with macroeconomic developments and interest rates in the market". 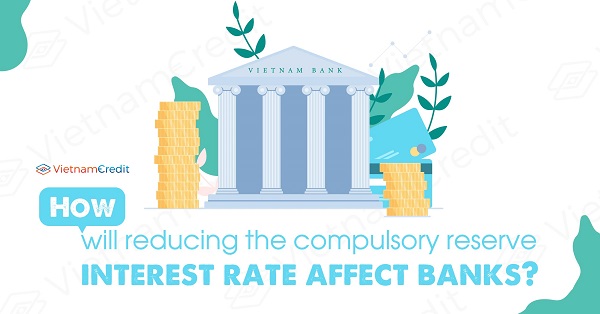 Thus, compared with the rate of 1.2% per year under Decision 1716 / QD-NHNN in 2005, the interest rate for compulsory deposits in VND under the new regulations has decreased by 0.4 percentage points. Meanwhile, the deposit interest rate in excess of the obligatory reserve remained unchanged. Commenting on the recent loosening actions of the State Bank of Vietnam, this expert said that the overarching objective of the regulator is still to reduce lending rates for businesses. It is not out of the question, economic growth is slower and needs more support from credit flows.

"It is likely that the credit growth situation in the first 11 months of the year is quite far away from the target of 14%, so the SBV is strengthening solutions to boost credit. This move is also "in sync" with a series of recent monetary policies related to reducing the ceiling interest rates and lending to priority areas, reducing OMO lending interest rates, reducing credit interest rates” - said BVSC.