Monday 15, 05 2017
In the announcement of business restructuring and renovation implemetation in 2016 issued by the Ho Chi Minh Cit Stock Exchange, the plan to merge with the Hanoi Stock Exchange in 2017 was mentioned.. 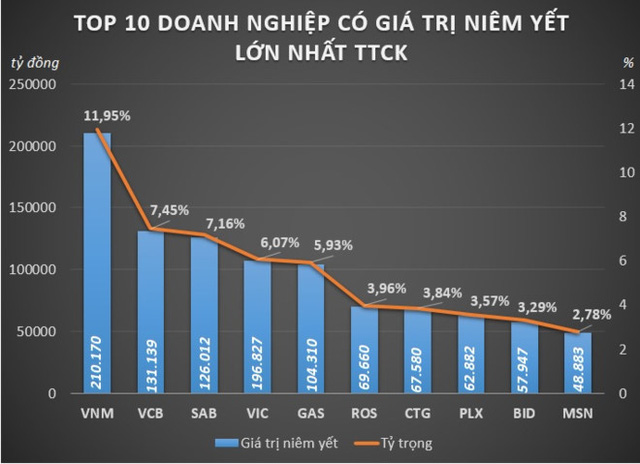 According to Ho Chi Minh City Stock Exchange, the two stock exchanges will be merged in 2017.

In the announcement of business restructuring and renovation implemetation in 2016 issued by the Ho Chi Minh Cit Stock Exchange, the plan to merge with the Hanoi Stock Exchange in 2017 was mentioned..

Accordingly, the merger will become Vietnam Stock Exchange, headquartered in Hanoi. All shares listed on the market will be moved to HOSE head office while the government bond and stock derivative market will be located in Hanoi.

After the merger, the State will keep its 100% stake in HOSE.

The first step is to integrate personnel, apparatus, and then integrate the information systems. The final step is to agree on the management of markets such as stocks, bonds and the derivative stock market.

He also said that it will take 3-5 years for the merger to be finished.

Unlike HOSE, where stocks of large companies are the listed and traded, HNX was originally considered a playing field for small and medium enterprises.

Since then, Vietnam's stock market has been constantly evolving with various fluctuations, increasingly proved to be one of the most concerned stock markets.

The stock market has become an important channel of capital, providing 25% of capital for the economy. Market capitalization including both bonds and equities in 2016 was equivalent to 74% of GDP, up 35% compared to 2015.

Currently, the total volume of stocks circulating on the two stock exchanges has reached over 64.68 billion shares, the market capitalization reached over VND1.85 million billion, with the volume of 400 million shares each transactions.

10 enterprises with the highest capitalization value are all listed on HOSE.
-Source: Cafef-
Categories:
Financial News