Tuesday 24, 12 2019
Risk management is the most essential thing that all credit institutions need to do to not suffer losses. 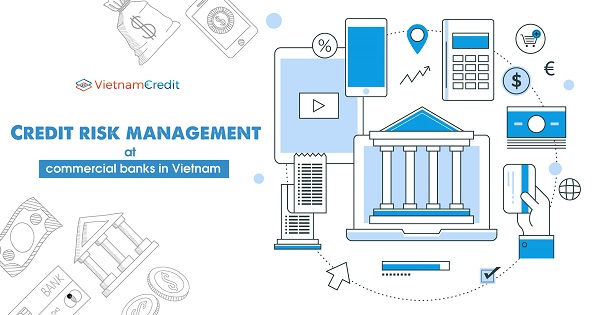 Preventing and reducing credit risks is a tough and complex task. Credit risk is often difficult to control, and leads to losses of banks’ capital and income. In recent years, the problem of risk and risk management in credit operations of credit institutions in Vietnam has become urgent when bad debts are published.

In the context of today’s competition and integration, one of the factors deciding the existence and development of commercial banks is their ability to manage risks, especially credit risks in a comprehensive and systematic manner. It is very hard and complicated to limit credit risks which are often difficult to control and lead to losses of capital and income. The well-implemented credit risk prevention activities will bring benefits to banks, including (i) Reducing costs, improving incomes, preserving capital; (ii) Creating trust for depositors and investors; (iii) Creating a premise to expand the market, and improve the prestige, position, image, market share for the bank.

In recent years, the credit institution system in Vietnam has maintained a stable financial management capacity of commercial banks, especially risk management has changed dramatically and effectively, which step by step meets the requirements of international integration. The legal framework for safety standards of credit institutions has been improved, moving closer to international banking practices and standards, creating a basis for credit institutions to operate more safely and to promote restructuring according to the set goals and orientations. Vietnamese commercial banks have gradually implemented and applied Basel II capital safety standards as scheduled. However, risk management in the financial market is still a problem that needs special attention, because the banking system is having a high number of bad debts compared to international standards.

The recently released financial statements of commercial banks for the third quarter of 2019 showed good growth compared to the same period last year. However, bad debts are still on the rise.

Major banks such as BIDV, Vietcombank, and VietinBank also reported increasing bad debts. Bad debt of Vietcombank increased by more than VND1,400 billion only in the first 9 months, bringing the total debt to over VND7,600 billion, higher than previous years. BIDV had a bad debt of VND 22,436 billion, up 19% compared to the beginning of 2019 ...

In general, the total bad debt of 23 banks is over VND94 trillion, up by 16.15% comparing to the beginning of the year. Notably, for some banks, even when the credit growth is slow or not growing compared to the end of 2018, their bad debt still increases rapidly. In addition, many banks also have Group 5 debts (debts that are potentially irrecoverable) increased sharply. For example, Vietcombank has Group 5 debts accounting for nearly 64% of the total VND 7,600 billion of bad debt; BIDV has Group 5 debt of up to 70% of the total VND 12,194 billion. Generally, Group 5 debts of 23 banks increased by 16.32% compared to the beginning of the year, to over VND52.6 trillion, accounting for 55.9% of total bad debt.

According to the State Bank of Vietnam (SBV), non-performing loans (NPLs) of the whole banking system were 1.98% as of the end of August 2019, an increase from 1.89% at the end of last year.

Some people said that at present, bad debt is not a problem when the increase is not alarming. However, there are many opinions that the bad debts of many commercial banks have increased continuously from 2018. Therefore, increasing bad debts should be taken into consideration.

As reported, bad debt in the balance sheet is still below 2%, but if including bad debt located at Vietnam Asset Management Company (VAMC) and debt likely to be bad debt, the bad debt ratio is 4.84%. Although the State Bank has issued a policy of tightening credit to real estate, since the beginning of the year, capital flowing into this field has increased sharply. Lending structure of some banks also focuses heavily on real estate segment (including consumer loans), so the risk of bad debt is very high.

Real estate inventory of 67 listed companies, as of June 30, 2019 was nearly VND 170,319 billion, an increase of 1.7% compared to the beginning of the year. For real estate, the existence of planned inventory, and inventory during distribution and circulation is normal. However, it is worth taking notice of inventories that have been put on the market but not yet sold due to liquidity issues and bad debt.

In addition, increased consumer loans also lead to many risks contributing to the increase of non-performing loans. According to the SBV, credits for life needs in the first 8 months of 2019 increased by 13.92% compared to the end of 2018 and accounted for 20.69% of the total outstanding loans of the economy.

Many banks are stepping up the retail segment because of high interest rates, helping to increase profits. However, it is worrisome that some banks have lowered consumer loan standards but increased lending to compete for market share. Many banks are lending to customers and over drafting on credit cards. According to financial experts, if the consumer loan sector experiences sharp growth, especially in low-income countries, the risk is very high.