Challenges In Removing The Interest Rates Gap Among Banking Groups 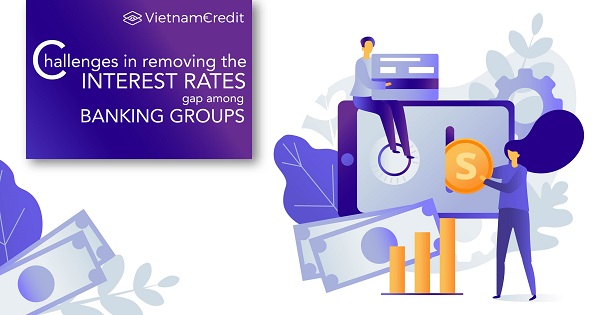 According to the weekly monetary market report released by Investment Analysis & Consulting Center of SSI Securities Company, during the week to December 13, the liquidity on the interbank has been improved thanks to the increasing VND supply from major commercial banks and the SBV continual net inject of VND 1,627 billion via OMO.

According to data from the State Bank, the proportion of short-term capital for medium and long-term loans for the whole system has decreased from 28.4% at the end of 2018 to 27.3% at the end of September 2019. This rate is in the roadmap to reduce to no more than 30% in all banks on October 1, 2022 (according to Circular 22).

The estimation of the analysts

SSI analysts believe that, after the current peak period, interest rates may decline slightly but there will still be quite large differences among banking groups.

In fact, the interest rate gap between banks has cooled down compared to the time before November 19 - when the State Bank lowered the ceiling interest rate for less than 6-month terms, but it was still very large.

Specifically, in the group of small commercial banks or large banks with traditionally high-interest rates such as SCB, the interest rate for long terms of 12 months or more is still more than 8% / year, while in other big banks, especially in the State-owned commercial group (SOBs) consisting of Vietcombank, VietinBank, BIDV, Techcombank ... the highest interest rate is less than 7% / year, with the difference of more than 1%.

For 6-month to less than 12-month terms, the interest rate difference is the largest. There are banks still applying interest rates over 7% / year, even nearly 8% / year. Interest rates for term from 1 to 6 months of banks