Wednesday 01, 07 2020
In the first 6 months of 2020, Ho Chi Minh City (HCMC) has 2,504 enterprises finishing the default procedure and more than 8,300 enterprises ceasing operation. Unless countries reopen their border, these numbers will keep increasing. 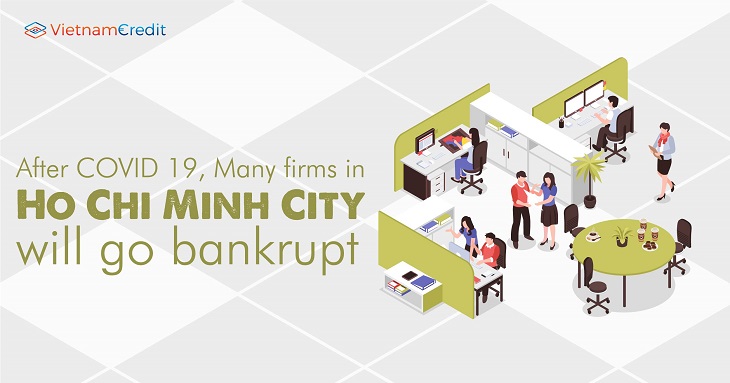 On 30th June, the Department of Statistics of HCMC released the report on the socio-economic situation in the first 6 months of 2020.

The situation was not too gloomy during the pandemic

According to the Department, despite the effects of COVID-19, the city still has 5 commodity groups reaching the export value of more than 1 billion USD, in which computers, computer products, electronic parts reached 8.2 billion USD, increasing by 34.1% over the same period.

Even though difficulties remain, the textiles and footwear industries are also present in the top 5 good groups with billions of USD in export value, respectively reaching 2.1 and 1.1 billion USD.
Explaining the extraordinary growth of the electronic commodity group, Nguyen Thanh Binh, the Acting Head of the Commerce Department of the Ho Chi Minh City Statistical Office, said that due to the pre-pandemic orders, the manufacture remained stable despite the pandemic.

“There was a mutant case which is that in February, March, and April, some Chinese manufacturing plants ceased operation, resulting in orders being shifter towards Vietnam, in which those in HCMC increased sharply. If there had been preparation, the export of the electronics industry would have risen to higher than 34.1%” – said Binh. However, after China recovers, the number of orders has significantly fallen to 9.3%.

Investigating the situation of enterprises being affected by the pandemic, the Statistical Department of the City has surveyed more than 16,300 local firms, 85.6% of which were affected. Particularly, the bigger an enterprise’s scale is, the more it was affected.

According to the data, in the first 6 months of 2020, HCMC has 2,504 enterprises completing the default procedure, which is 10.9% higher than that of the same period last year, and more than 8,300 firms ceasing operating, increasing by 40.6% over the same period.

Enterprises going bankrupt results in a high rise in the number of unemployed workers. The first 6 months of 2020 has 82,000 workers coming to the Employment Service Center of the City to file for unemployment aid and 70,000 laborers have received the unemployment aid decision.

“After having fired too many employees, there will be a lack of workers as the market reopens and orders start appearing. If countries’ markets remain closed, the number of default firms in HCMC will further increase” – said the Head of the Statistical Department of HCMC.