Friday 11, 09 2020
In the face of the strong impact of the COVID-19 pandemic, hotels across famous tourist destinations in Vietnam are at risk of changing owners or closing down. 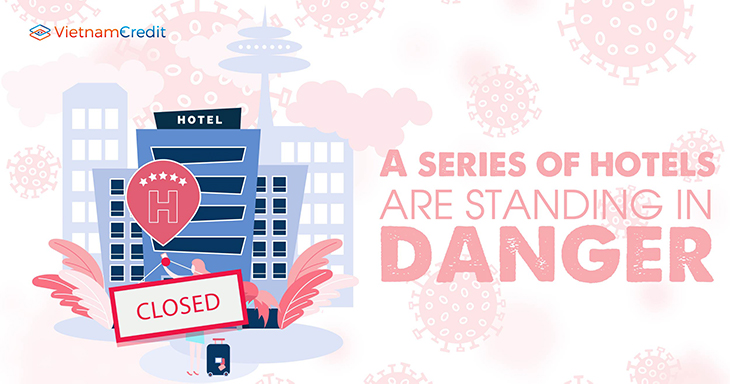 Hotels worth nearly trillion are available for sale

Due to the impact of the epidemic, the business of the accommodation service sector was severely affected. No international visitors, while domestic visitors fell sharply. From big cities like TP. Ho Chi Minh City, Hanoi to tourist cities such as Nha Trang, Phan Thiet, Da Lat ... the hotel market faced a crisis because of business losses.

Statistics of the Hanoi Department of Tourism, for 7 months of 2020, tourists to Hanoi were estimated at 6.13 million arrivals, down 63.3% over the same period last year. At the same time, hotel information for sale in Hanoi is getting more and more massive. From hotels several tens of billions to nearly a trillion, they all competed for sale.

Located in the golden position on Hanoi Old Quarter, Mr. Nguyen Manh's hotel in Hang Bong (Hoan Kiem, Hanoi) has an area of ​​130m2, 8 floors, 30 rooms. Mr. Manh shared: “Before the epidemic happened, hotel revenue was about 300 million VND / month. However, due to the translation of COVID-19, the hotel has almost no guests. Previously, the hotel only served foreign guests now tried to reduce the room rate to serve domestic guests, but it was not successful ”. According to Manh, even though there is a guest, the hotel still has to maintain that many staff, elevator, electricity, and water for the whole building. “Every month, I lose tens of millions of dong and try to maintain it for several months now. Until now, I personally could not hold out any longer, so I decided to close the hotel and put it up for sale. The desired selling price is 72 billion dongs”, Mr. Manh said. Similar to L’Heritage Diamond Hotel (Cua Dong, Hoan Kiem) with 12 rooms, 6 floors, it was sold for 66 billion dongs; a 3-star hotel in Ma May also for sale for 34 billion; Hang Be Hotel 69 billion ... According to hotel owners on Ma May street, currently, hotel revenue is not available but still have to pay for large costs. Without a stable source of income, every month, hotel owners will have to spend one hundred million dongs for hotel maintenance, staff salaries, and bank interest.

Most hotel information for sale is from 1 to 3-star hotels, the price ranges from a few tens of billion dong to about 200 billion dongs depending on the location and size of the hotel. Although the number is rarer, there is also information about some 4 - 5-star hotels located in the center of the city for sale for about 400 - 800 billion VND. Most hotels are committed to income from 80-200 million / month such as the Hanoi Atlanta Hotel with 16 floors on an area of ​​560 square meters, in Hang Chuoi, Hai Ba Trung district are also for sale for 480. billions dong.

Mr. Mauro Gasparotti, Director of Savills Hotels Asia - Pacific, said the impact of the Covid-19 epidemic caused the tourism and hotel market to almost fall into a "paralyzed" state of hibernation during the first half of 2020. After years of consecutive years of impressive tourism growth, Vietnam recorded a decline in the number of international and domestic tourists for the first time in the first six months of 2020, with a decrease of 56%, respectively. and 50% over the same period last year. With Vietnam suspending international flights since the end of March, the number of international arrivals dropped sharply by nearly 99% in the second quarter alone. The outbreak of the epidemic caused many delays in travel plans and the hotel industry to make it more difficult. According to statistics, the revenue per room in the first half of the year in the Hanoi market and TP. HCM City decreased by about 56% and 64% compared to the same period in 2019. Revenue per room for the whole of Vietnam during the same period recorded a similar decrease of about 55%.

“The complete recovery of the hospitality industry will still face many unpredictable changes and depend a lot on the epidemic control situation of the world. The performance of hotels in the third quarter is not expected to change much compared to the second quarter ”, Mr. Mauro said.

And Mr. Nguyen Trong Thuc - Deputy Director of CBRE Hotels Vietnam, said that the hotel market in the period 2020-2021 is forecast to always be in a defensive position, with the operation situation changing continuously. by facing unpredictable fluctuations in disease until more effective preventive vaccines or treatments.

The BRE also said that many corporations and investment funds are hunting for assets under debt pressure with low valuations. However, according to the general observation, the hotel market has not recorded many such properties in the 4-5 star segment, but mainly concentrated in the lower segments.

Recently, the international hotel group in Hanoi sent an official letter to the Ministry of Finance and Social Insurance of Vietnam asking for rescheduling of social insurance payment for more than 3,000 employees from April 2020 to December 2020. This is because 8 hotels in the group reduce revenue by 30% to 90% in 2020 compared to the same period in 2019.