Is the recession in Asia a preparation for big changes?

Wednesday 06, 11 2019
Perhaps those who feel desperate about Asia's economic growth should bear in mind that the treatise of Confucius wrote, "Unsatisfactory speed." 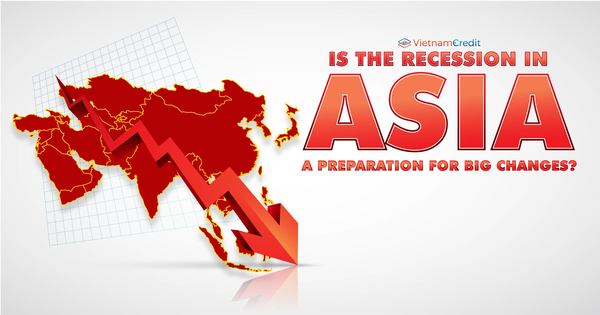 Last week, the International Monetary Fund (IMF) forecast that the Asian economy will grow slower than the previous forecast of about 0.4%. Meanwhile, the revised growth rate is still quite high at 5%. These have raised concerns about the possibility of stagnation of the whole Asian economy.

In other words, the fastest path is unlikely to lead to the expected success. Policymakers in Asia should not be concerned about rapid growth but should think about long-term development: will this Asian Century reach its full potential?

The opportunities, of course, must be seized effectively, especially in difficult situations. The US-China trade war is causing market chaos and investment uncertainty, but there are still potential beneficiaries. Southeast Asia is the place to be on the lookout for when multinational companies move production and investment out of China.

We can see this happening in the policies of countries in Southeast Asia. Malaysia has provided $ 239 million in incentives to attract manufacturers. Finance Minister Lim Guan Eng said: "The prolonged trade war has created a unique opportunity, making Malaysia once again a favorite destination for foreign direct investments with high added value".

After data showed that no companies were relocated from China due to trade war to Indonesia, President Joko Widodo recently asked ministers to work more actively to support foreign investors. Meanwhile, Vietnam, Malaysia, and Thailand have shown an interest in these investors. While Asia is addressing these issues quite well, there are still issues that need more attention, typically the technological revolution.

Emerging Asian economies need to be more aware of the role of the digital revolution in their trade strategy and development model.

The escalating tensions between Japan and South Korea are a cause of regional instability (possibly due to the history between the two countries). The tensions we are seeing across Asia are not a series of personal or independent problems, but a sign of a greater change.

Are these changes imply a new world order, where US hegemony is challenged by China - a country that is reaching out internationally when the digital revolution is changing every attempt of mankind?

This is the great question of this era: Can two great civilizations, with different approaches to social, economic and political life, coexist peacefully in a unique global system in the digital age? As we begin to grapple with these tough questions, the growth rate can suddenly become a negligible problem.

ASEAN has repeatedly emphasized its commitment to the rules-based system. The association's strong momentum towards the completion of the Comprehensive and Regional Economic Partnership Agreement (RCEP) - including India and China - is a testament to the broad commitment to multilateral trade in the established system.

In China, there are new winds of change. Last week China, jumped 14 places in the World Bank rankings. The key to this movement is Beijing's strong reform program.

From 2016 to 2018, according to the World Bank, China has enacted six reforms to open the market to the world economy. This year alone, they launched seven more reforms. This shows a clear willingness to play within the established system rules.

Although growth is slowing down, Asia is still growing the fastest in the world, accounting for 60% of the population and the rapid growth of the middle class. In particular, Southeast Asia, with its young population structure and energy and optimism, will support the digital revolution.

The world is changing, and the change that brings instability and tension is an inevitable consequence. However, one of Asia's most successful tech entrepreneurs, Jack Ma, in his final speech as CEO of Alibaba, said: "Only when changing, can a person understand what you have and want, and what you need before you stop. "