In which bank do deposits increase the fastest?

Friday 08, 11 2019
Many banks with high mobilizing interest rates in the market had sudden increase of customer deposits, much higher than the average level. 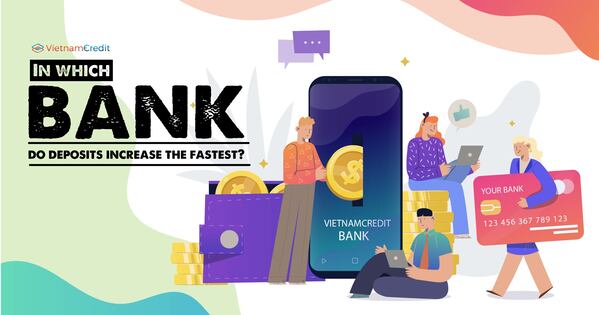 According to statistics from the third quarter financial statements of 27 banks, by September 30, the total deposits of customers at these banks reached more than VND 5.7 million billion, up 10% compared to early 2019. However, the division of deposit growth in banks is very clear, as there are banks’ deposits that have increased very high but also there are those that have declined.

Meanwhile, in terms of growth rate (%), VIB is the most notable name. On September 30, customer deposits reached VND 113,717 billion, up 34% compared to the beginning of the year and especially in the third quarter increased by 15%. Moreover,  valuable papers issued by banks including certificates of deposits increased by 50% to over VND 15,200 billion.

Other banks with very high deposit growth rate (over 20%) include VPBank (up 20.3%), MSB (up 21.7%), NamABank (up 20.6%), NCB (up by 23.7%), ... Observations show that these are all banks with high mobilizing interest rates in the market.
However, not every listing high interest rates will easily attract people to deposit. There are many other banks have the highest interest rates but the deposit growth is quite low, for example, VietCapitalBank only increased by 2.2%, ABBank only increased by 1.3%, etc.