A bank has just reached a profit of 10,000 billion dong, finishing soon after 10 months 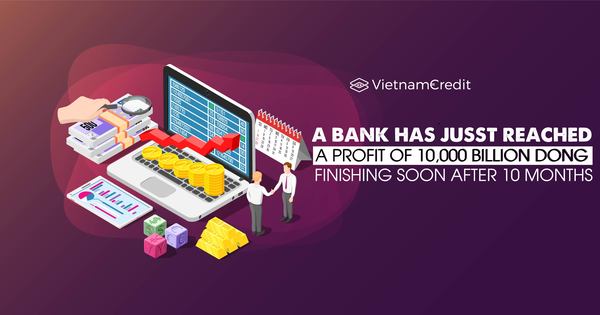 Contrary to the "tight-lipped" image in previous years, Agribank recently updated its business results regularly without necessarily ending the financial statements. This move takes place in the context that Agribank is focusing on implementing its business strategy for the 2016-2020 period, with a vision to 2030, implementing phase 2 restructuring associated with the task of speeding up the equitization process in accordance with the direction of the Government. In a recent report to the National Assembly, Governor of the State Bank of Vietnam Le Minh Hung said that to strengthen the financial capacity of state-owned commercial banks, to ensure the compliance with the regulations on the safety ratio, and to meet the capital adequacy according to Basel II capital standards (standard method), the State Bank is actively coordinating with the Ministry of Finance to handle the issue of raising capital for state-owned commercial banks under the Prime Minister's guidance, including Agribank.

Along with that, the State Bank also focused on directing Agribank and related units to research and solve difficulties and obstacles, especially on legal provisions to accelerate the equitization process of Agribank. The Governor also said that the State Bank had submitted a report to the Prime Minister to report and propose specific financial handling related to Agribank's equitization.

Not only has Agribank's profit figures surprised the market, but its debt handling has also been significantly accelerated. Previously, the number of special bonds VAMC of Agribank dropped sharply from VND 7,750 billion at the beginning of the year to only VND 1,013 billion at the end of June 2019. In which, there was a provision of over 1,012 billion dong - almost the whole value of VAMC bonds.