Thursday 07, 05 2020
The large-scale quarantine methods have cost nations billions of dollars in tourism revenue, made airlines run out of capital, and millions of people unemployed. 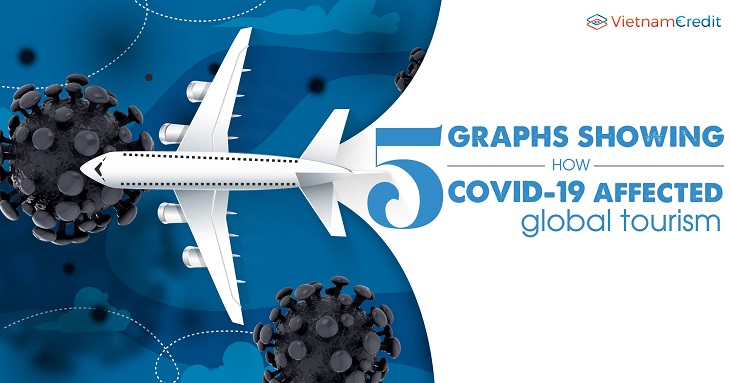 Since the beginning of the year, COVID-19 has sabotaged traveling and moving plans of people worldwide, as restriction and quarantine methods are used, severely damaging tourism during the peak season.

In order to prevent the spread of the pandemic, more than 200 nations and regions in the world have implemented restriction measures or prohibited their citizens from leaving the country, according to the report of the UN World Tourism Organization published last week. UNWTO says that “Never before has national tourism activities been this negatively affected.”

Quarantine methods, ranging from flight suspension to border closing, being implemented on a large scale has caused nations to lose billion of USD in tourism revenue, made airlines run out of capital and millions of people unemployed. Therefore, tourism has become one of the sectors that are the most severely damaged by COVID-19.

These 5 graphs show the effects of the pandemic on tourism According to the UNWTO report, travel restrictions implemented around the world have become more stringent as more and more Covid-19 cases are reported. In a total of 217 destinations, there are 4 different "types" of restrictions:

​The agency said, as of April 20, none of the places has removed the restrictive measures. Commercial flight reduction is one of the impacts of travel restriction measures. According to Flightradar24, averagely the number of flights has dropped from more than 100,000 in January and February to around 78,500 in March and 29,400 in April every day.

This situation has made airlines completely suspend their flight operation and face several financial issues. Accordingly, some governments have proposed aid packages to help airlines overcome the crisis: However, the passenger revenues of airlines are expected to drop by 314 billion USD in 2020, equivalent to a drop of 55% compared to 2019, according to IATA.

Moreover, Brendan Sobie – an individual analyst at Sobie Aviation Analysing Company – said that it would take aviation several years to fully recover. He stated: “The recovery rate will be significantly low, particularly for international tourism.” Besides airlines, the hotel business is also severely damaged due to the travel restriction. According to the statistics of the STA hotel tracking analysis company, hotel sales in all regions declined in March. Meanwhile, a series of major hotel chains have also announced layoffs and pay cuts, including Marriott and Hilton.

Other companies in the industry, such as the online service platform Expedia Group, announced in February to cut 3,000 jobs. The hotel reservation website Booking.com, which has more than 27,000 employees, said its operations were "frozen". According to the World Tourism Council (WTTC), the tourism industry has contributed about 10.3% of GDP and created about a quarter of new jobs worldwide for the last 5 years. However, the sudden cessation of tourism globally has caused more than 100 million job losses this year. Accordingly, the revenue of this industry will decrease to 2.7 trillion USD in 2020.

​Gloria Guevara, president and chief executive officer of the association, said: "This is an amazing and worrying change that has taken place in a short time. All tourism activities are being eradicated by the pandemic.”